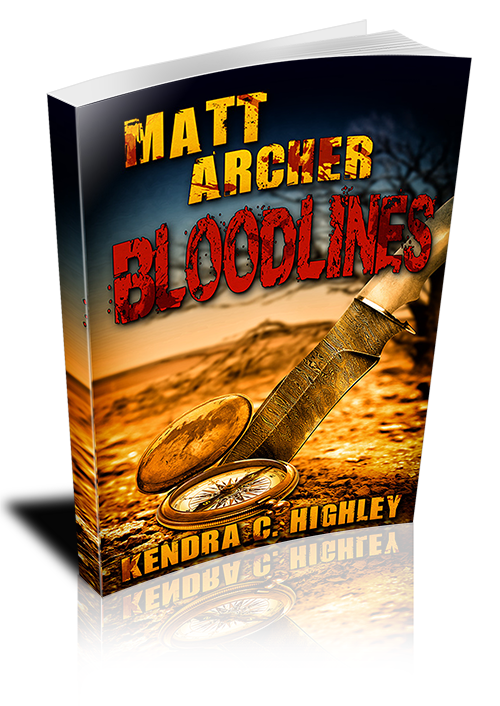 When seventeen-year-old Matt Archer set out on his last mission in the Australian Outback, he thought it would be like every other hunt.
Not even close.
After only two days on the ground, his best friend is possessed, a long-lost family member has returned and hidden truths have come to the surface. Add in a coven of witches bent on bringing about the end of the world and, well, this trip has started to suck. Badly.
As his power and strength continue to grow, so does Matt’s concern that he’s becoming more and more like the creatures he’s been charged to hunt: a monster.
Faced with some of his biggest challenges to date, Matt has to decide what he needs to protect most—his family, his team…or himself.

When I was fourteen, I picked up a knife and started a fight that was named mine long before I was born. When I was fifteen, I was forced into a war against creatures the rest of humankind should never know about—and they won’t if I have anything to do about it. When I was sixteen, I became a slave to my destiny, and the spirits who guided it.
Now I’m seventeen, and the fault, a man once said, is not in our stars, but in ourselves. Or in my case, my blood. Which is why I was chosen. And why I have to fight.
My name is Matt Archer. And I am my father’s son.

Kendra C. Highley lives in north Texas with her husband and two children. She also serves as staff to two self-important and high-powered cats. This, according to the cats, is her most important job. She believes chocolate is a basic human right, running a 10k is harder than it sounds, and that everyone should learn to drive a stick-shift. She loves monsters, vacations, baking and listening to bad electronica.