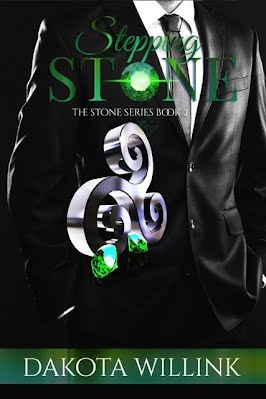 Krystina Cole is flawed and damaged from a traumatic experience. A relationship with Alexander Stone will never work. She knows that her capacity for love is limited, and that only she alone can repair the pieces of her shattered heart. But Alexander is everywhere she turns. In her mind. In her heart. And in her soul. She cannot deny him. He is her addiction and she is unable to stay away.

Alexander Stone has accepted the inevitable. If he wants to hold on to Krystina, he must bare all and release the secrets in his past. There were risks, but she is worth it. No woman has ever affected him the way that she did. She is the sunshine in his darkness. The lightning to his thunder. She is his angel.

Bound by their passion to be together, Alexander and Krystina fight to let go of their pasts. Together, they embark on journey of self-exploration, relying on trust to be their ultimate bond. Falling completely into one another, there finally seems to be a beacon of hope for their future. But as they test their boundaries of desire, fate takes an unexpected turn, threatening their only chance at survival… 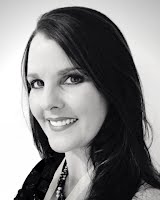 Dakota Willink is a contemporary romance writer and editor, and the author of The Stone Series.   She is an associate member of Romance Writers of America.
Dakota has always had a passion for reading and writing. From the time she was an adolescent, she enjoyed curling up with a good paperback, reading genres that ranged from thriller and fantasy, to mystery and romance.  She always dreamed of one day writing her own book, but had put her aspirations on hold to focus on her family and a career that would pay the bills.
Although she earned a degree in business and had built a solid reputation in retail sales, her heart continued to be with fictional characters – whether they belonged to a favorite author or if they were just stories that she made up in her own head.
In 2013, Dakota gathered enough courage to turn her dreams into a reality. In between playing chauffeur to two very busy children and working her job during the day, Dakota began to put words on paper.  Eventually, she began to describe her life as a book.  Everything she saw or heard throughout the day, intertwined with her imagination for the creation of future writings.  By 2014, with the support of her husband and two children, she gave up the security of a steady paycheck and began working on her first novel full time.
Dakota Willink is a lover of music, and appreciates the power and stimulating effect it can have on the brain.  She often uses lyrics and melodies to help her through bouts of writers block.  At the end of her novel, you can find an authors note that recognizes and thanks the artists that gave her inspiration.
Dakota resides in the Western New York area, where she enjoys spending time with family, her two Labrador Retrievers, and her spoiled rotten cat.  During the summer months, she can often be found soaking up the sun on the Great Lakes with her family.