Tour Kick Off: Gates of Perdition by @Rpkraul #giveaway 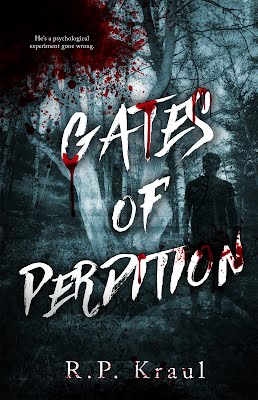 Mary watches in awe as a man plays guitar at gloomy Indianhead Reservoir. His skill is astonishing. But Mary is in the wrong place at the wrong time.
This man is a physiological oddity who suffered wicked abuse at the hands of his foster parents—for which he took revenge. He wants to be normal and whole again, but a manipulative psychiatrist has wakened the demons.
Mary will spend her last days chained in a basement—until she bears the child of a madman the media will call the Indianhead River Killer.
He will become Pennsylvania’s most prolific serial killer, and he will wreck the lives of the people in Belcorte. Twin Peaks meets The Silence of the Lambs in GATES OF PERDITION, the prequel to MIRRORS OF ANGUISH. 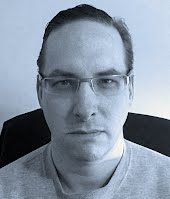 Follow authors to get new release updates, plus improved recommendations and more coming soon.
R.P. was enamored of horror from a young age, where he would sneak down to the family room with his mother sleeping, turn on that big console television--think 1970s here--and watch a double shot of horror on Pittsburgh's Chiller Theater.
He then took to creative writing, borrowing pieces of his favorite films. Today, he writes a unique blend of literary mystery and horror—throw in some crime now and then. It's one part H.P. Lovecraft and one part David Lynch and one part Kurt Vonnegut—and probably some other stuff, too. He is author of three books: Mirrors of Anguish, Demon of the Fall, and Gates of Perdition. He also co-authored Dangerous Grace, a soon-to-be-released erotic thriller.
Website
Facebook
Twitter
Blog
Publisher