Tour Kick Off: She Let Herself Go by @StalkingHipsy 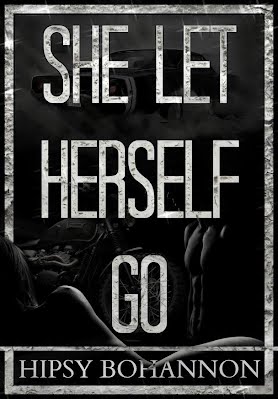 Women like Elizabeth Lane were never supposed to find themselves in places like these. Dark places filled with shady characters, hell-bent on her destruction. Up until now, she had always played it safe. She had no business being on the bad side of town; in a place where a woman was a thing to be claimed, then used and abused. All she had wanted was one wild night to help her to forget all about her cheating husband, and the shattered heart he had left her with. What she got instead was something out of every woman’s worst nightmare.

A snap decision, a shady bar visited, and a man unlike any she had ever met before, all take her on a hard ride that has her questioning everything she thought she knew about life and herself.

Jezze Jamez Greyson was everything your mother would have warned you to stay away from if she hadn’t been so busy trying to get with him herself. Having been rode hard and put away wet by half the well to do women in town, Jezze Jamez no longer felt like he was anything worth having, and he damn sure didn’t want anything worth keeping. That was; until she walked into the bar, leaving him with no choice, but to play a role he was never meant to play. Hero. He couldn't stop himself from coming to her rescue. But now that he had, what was he supposed to do with her?
Two different people, from two very different worlds. Sparks will fly, but will it warm them up or burn them down?

Hardcore smut meets deep depth in this; sometimes comical, heart-shaking tale of never meant to be love and body breaking revenge, that will leave you begging for more! 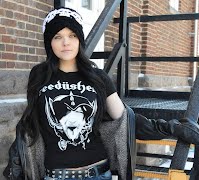 Meet Hipsy Bohannon, an avid writer and user of deep smut. Hailing from the photography world of dark art, her fans have affectionately dubbed her 'Half-naked Hipsy covered in blood.' A professional recluse, Hipsy uses most of her free time loitering, stalking, and confusing the masses. Her creative writing roots grew from an awkward youth spent roaming the roads of the United States, Gypsy style. Solitary confinement in a car, heading from one place to the next, gave her ample opportunity to practice the art of crafting stories. She now calls the middle woods of Upstate N.Y. home sweet home. Solicitors and company are not welcome!