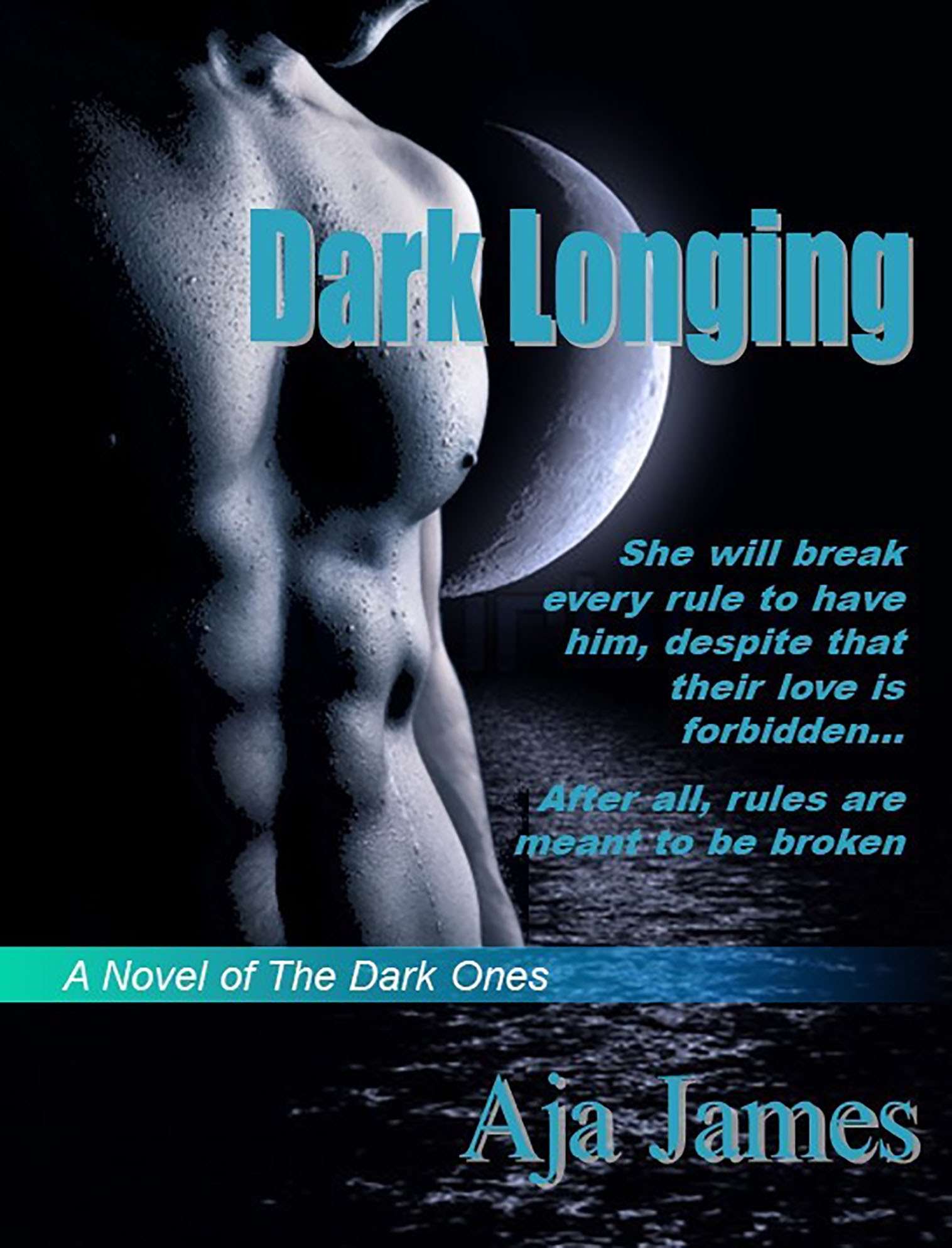 Dark Longing’s central characters are Inanna and Gabriel. She is a vampire warrior, one of Queen Jade Cicada’s Chosen guard, and has lived for several millennia. She is also one of the few remaining True Bloods in the world, vampires who are born, not made. He is a human, a widower and father who would sacrifice all for those he loves. Unbeknownst to Gabriel, he also possesses a Pure soul and has an ancient past, as well as a future destiny, that is inextricably entwined with Inanna.

Fate (and a helping hand from Gabriel’s dying wife) has thrown them together in this present age as joint guardians of Benjamin, the son of Gabriel’s heart if not his body. An avalanche of expenses and debts compel Gabriel to enter a deadly network of fight clubs to earn some quick cash, but pulling out of the club is not as easy, as he quickly becomes the spectator favorite.

Meanwhile, the Chosen has been working to eradicate the masterminds behind the fight clubs, which not only result in an increasing number of gory human deaths, but also threaten to expose the Dark Ones to the world at large. In a rare concerted effort, the vampires and their nemesis – the Pure Ones – come together to pursue a common enemy.

To protect Benji from harm, Gabriel risks his life once more in the fight clubs and is almost killed by an unknown vampire assassin. In order to save him, Inanna breaks the sacred laws of her Kind, including turning a human and taking him as her Blooded Mate. What’s worse, they discover after the fact that Gabriel has a Pure soul. A union between Dark and Pure Ones has been strictly forbidden since the dawn of time for reasons no one fully knew.

While the Chosen makes progress with slowing down the expansion of the fight clubs, they uncover new information that points to a traitor in their own midst. Gabriel has a rough adjustment to his new state of being as a vampire, at the same time struggling to make sense of his relationship with Inanna, with whom he’s felt an instant and irresistible connection from the first moment they met. Inanna, on the other hand, devotes her heart and soul totally to love her Mate, just as she had loved his previous incarnation in her youth many millennia ago. To save her from pain, Gabriel’s ancient self, Alad, had her memories erased of him until he could find her again in another life.

Through her newly-forged friendship with the Pure Ones, including their young queen Sophia, Inanna discovers that not only is she a True Blood, but that her mother was a Dark Princess and her father was a Pure warrior and the leader of the Rebellion that led to the destruction of the Dark empire. She is the offspring from this union, and she has a twin brother who all the records say had died. Inanna also finds clues that at least her father might still be alive, and perhaps her mother as well.

By now Gabriel has fully accepted his new lease on life and is determined to help in the war against vampire rogues and their human conspirators any way he can. He has also accepted Inanna fully into his heart, having fallen for her all over again in his present incarnation. But the vampire assassin who threatened them before reveals herself again to challenge Inanna for the right to claim Gabriel as her Blood Slave and takes him prisoner to use against Inanna in the final death match.

Inanna goes with eyes wide open to the site of the challenge and fights the vampire who used to be her comrade. To distract her, the vampire holds Gabriel captive and deals him mortal wounds for every wound Inanna deals her. The ploy works, and Inanna loses concentration, suffering a mortal wound herself.

Inanna and Gabriel’s deaths trigger their Awakening, a process by which those with Pure souls embrace their past lives with all their memories and gifts. When they regain consciousness, they rejoin the battle already waging between the vampire assassins and the Chosen and Pure allies. They win this battle, and together, Inanna and Gabriel execute the traitor who plotted to usurp the Dark Queen.

But the war is not won. The battle between the vampires, humans and Pure Ones was recorded and uploaded onto the Internet to spur the growth of new fight clubs and potentially hastening the widespread exposure of the immortal races to humans. Meanwhile, Inanna and Gabriel rediscover each other with full knowledge of their ancient past. They plan to search for Inanna’s father with the aid of the Pure Ones.

The future is not yet written. Inanna and Gabriel would face the unknown together. Forevermore. 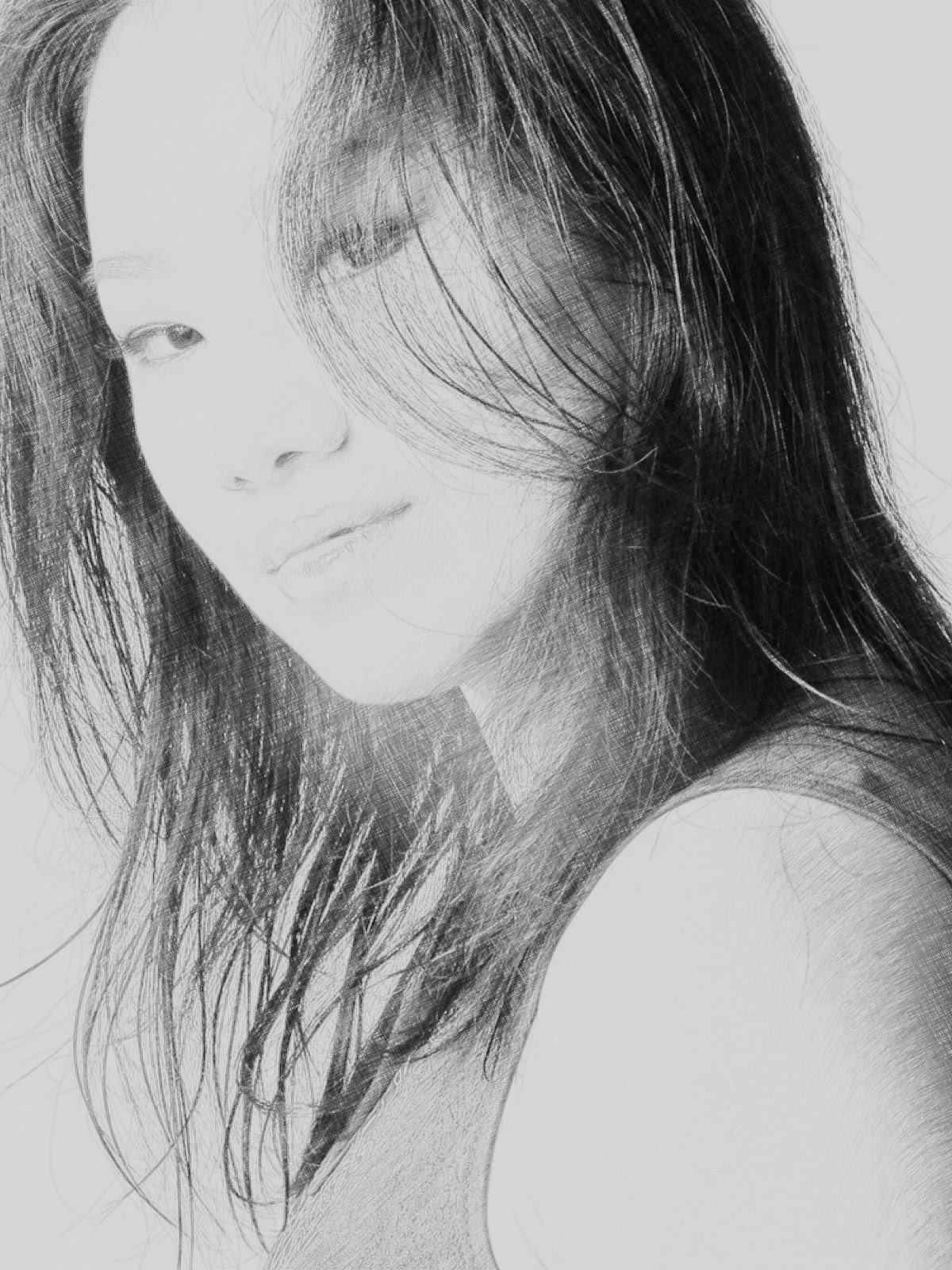 Aja has been writing stories since the age of six, and novels since the age of thirteen. While she'd be the first to admit that those early efforts weren't particularly good, she sure loved putting them down on paper!

The best part of writing, according to Aja, is that it’s completely organic, the way the stories develop. When the inspiration hits, she writes just so she herself can learn where the characters are headed because oftentimes, they take her by surprise! It is her ultimate dream to share her stories with as many readers as she possibly can.

Her other loves include art, cooking, old movies (anything with Audrey Hepburn, Marilyn Monroe, Robert Redford, Vivien Leigh, Elizabeth Taylor, Paul Newman, Clark Gable, and all the song and dance numbers because she can’t watch them and not be happy!)

She adores taking long walks with her husband and running after her two rambunctious kids. She has traveled extensively (all seven continents except Antarctica) and has a multi-cultural upbringing. She speaks two and a half languages and binge watch TV shows when the mood strikes.

Aja has a Bachelor’s of Arts in Comparative Literature and Economics and two Master’s degrees, one of which is in East Asian Studies.