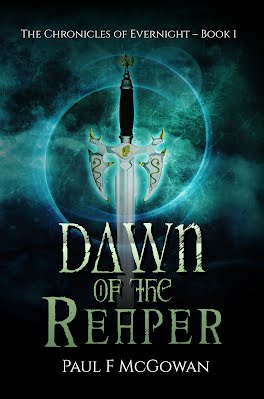 Firestorm, a legendary creature thought lost to the ages, has returned to the land of Evernight. Following centuries of exile, the dragon plots his revenge against the kingdom that vanquished his kind. After he murders Rowan’s family to safeguard his identity, the boy is taken in by the notorious sorcerer, Archibald Scott. Showing promise in the ways of magic, the orphan becomes the eccentric magician’s apprentice and is tutored in the elusive art of wizardry. Hoping to discover his purpose in life, Rowan finds himself thrust into a perilous quest to find a legendary weapon. Accompanied by longtime companions and new allies alike, he must use all of his wits if they’re to survive the storm brewing on the horizon. But evil lurks in the shadows as a secretive assassin stalks their every move. Can Rowan unravel the mysterious riddle of his past and fulfill his destiny? Only time will tell as he races to recover the dragon slayer, an ancient sword known as the Reaper. Together they’re humanity’s only hope of defeating Firestorm and his legions! 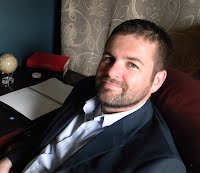 "Paul was born in Yorkshire, England to Irish parents. His most vivid memory as a child was travelling to Egypt and visiting the Pyramids of Giza and Tutankhamen’s tomb in the Valley of the Kings. Currently he resides in Kansas City with his wife Jozia and his son Gavin. Paul graduated from medical school and plans to pursue residency training as a pathologist. He loves to travel and also enjoys ethnic food, Celtic mysticism-type music (think Enya and Clannad), and is a fervent Game of Thrones fan. Favorite books would be Tolkien’s “The Hobbit”, T.H. White’s “The Once and Future King”, R.A. Salvatore’s Dark Elf Series, Harry Potter, and George R. R. Martin’s A Song of Ice and Fire Series."