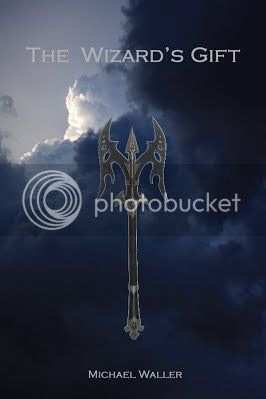 The last of an ancient group of wizards leaves a gift to the newly arrived race of men. It is revered and cared for by a line of priests until it is stolen, and the high priest and his sovereign murdered by a king who believes himself destined to be a great wizard. But from ancient writings the high priest had discovered that the gift is not benevolent as was thought. This forces the son of the high priest, unexpectedly elevated to his father's position, and the young prince who is equally suddenly King, into a race to find the gift before it can be used as that may cause the destruction of the world. Accompanied by the retired captain of the palace guard they hope to speed their journey by crossing the Wasteland, a seeming desert, which is fabled to be populated by monsters, and from which no visitor has ever returned. In the course of their adventures they are hunted by dog faced men and captured by slavers, but the young prince truly becomes a king, and the priest discovers that he has a destiny that goes beyond the bounds of his world.

Michael Waller is British and was born in the industrial north of Yorkshire. After being asked to leave school by his Headmaster he began a varied work career. This went from Chemist to Dog Catcher with stints as a Bingo Caller and door-to-door Insurance Salesman in between. For twenty years he worked in the oil and chemical industry which took him to the Middle East and finally the USA where he is now retired and living in upstate New York.