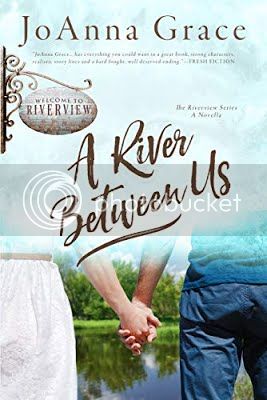 Holly freaks out when she and her date show up at the same restaurant as her husband-even though they're separated. Unable to hide, Holly reveals the secrets that sent her running from the love of her life years ago. Divorce papers or wedding rings? Once Justin finds out why she ran away from Riverview, he might make that decision for her.

Other Books in the The Riverview Series:

Some call this river a taker of souls, a reaper. Sanguine is the Spanish word for blood and God knows plenty has been spilled in its murky depths. As Tina floats on her back, she couldn’t help but feel its more of an artery, giving life to its limbs.

Not everyone would agree.

Tough as nails, Tina Foster, doesn’t have time for a relationship. She’s far too busy running her family construction company. Tina’s take charge attitude may intimidate some, but to others, she’s a rock, a woman with a plan. Taming a heart this strong will take a man up for a challenge, and so far, there haven’t been too many contenders worthy of her time.

Bo Galloway is returning to Riverview after a rough few years. He’s home to take care of his grandmother and prays for a chance at redemption and a fresh start. Untrusting of most women, he doesn’t know what to think of his new boss. He definitely didn’t expect to admire Tina Foster. Bo’s only shot at getting Tina to notice him is to be as strong as she is.

Just like the waters of the Sanguine, Bo and Tina must find their flow. Will the waters sweep away their only chance at true love, or nourish a relationship as steady as the river itself?

Four years ago, down by the river.

Holly’s stomach turned cartwheels as she faced Justin Meyers and held his hands.

The minister cleared his throat and smiled. “Repeat after me. I, Holly Grace Combs…”

“I, Holly Grace Combs…” Thank God he said her name. She might’ve forgotten it, as nervous as she was.

“As my lawfully wedded husband.”

Husband. Holy hell. Justin would be her husband; to have and to hold until death they did part. She said the words, meant them with all her heart. Justin had been the great love of her life since they were kids playing house together. College had pulled them apart the last couple years, but as he repeated his vows back to her, she knew this was the right thing to do.

The Sanguine River flowed behind them as the preacher pronounced them man and wife and Holly kissed her best friend since childhood in the presence of her brother and his flavor of the week.

“Now, y’all don’t get me wrong,” said the preacher with a wide smile that shined as bright as the moon on the river. “I don’t mind performin’ this ceremony ‘cause I’ve known it was comin’ since you was both runnin’ ‘round the playground at church. But y’all might wanna tell your parents b’fore you file the actual paperwork. I usually don’t do this without the license. But you got your witnesses present and it’s better than you kids livin’ in sin, I guess. You’re married in God’s eyes; that’s what counts.” He slapped Justin on the back and left with Hunter and his girlfriend.

Holly and Justin stayed hand-in-hand, staring at each other with matching grins, the water flowing gently behind them. She loved his smile. She loved that special spark in his eyes when he smiled at her. No one else saw it. Only Holly.

Justin ran his fingers over her cheek and through her hair. “I love you, Honeycomb. Always have, always will.”

“I love you too.” His hand cupped her cheek and she kissed his palm. “Our parents are going to freak out.”

“I’m not worried about it.”

She let out a huff of air. “You never worry about anything.” Which was why she worried about everything.

They laughed and kissed until excitement turned into desire. Justin rented a hotel room down the river and they didn’t come up for air until the next afternoon.

Holly lay naked in the bed, her legs intertwined with Justin’s. “We have to get back to reality.”

Justin propped his head up on his elbow and frowned. “Yeah. We should tell our parents, and our friends…and you should make sure Lance isn’t going to be an issue.”

Chills vanquished all the elation from the last twenty-four hours. It was time to face her ex-boyfriend once and for all.

JoAnna Grace lives in a world of alpha males and strong females where true love conquers all--at least in her mind!

From the time she started holding a crayon she began to create magical worlds. Her first book was a series of pictures about a puppy princess. The story changed each time she told it, but there was always a happy ending! Her first written story was about girls who changed into tigers.

Hmmm... Guess some concepts stick around even into adulthood. Now those stories have become a bit more complex!

JoAnna's tales are spun at her home in East Texas where she lives with her husband, three kids, a couple dogs and a few fish. When not hiding behind the computer screen you can find her camping, boating, and shopping.