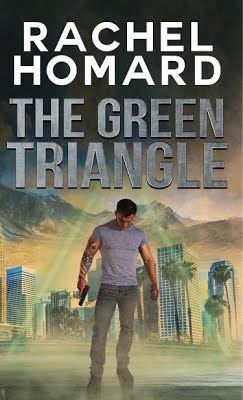 Opposites attract at LA's largest soup kitchen when a businesswoman falls in love with one of her patrons.

Savannah Carrington is too busy for romance. She has a soup kitchen to operate which, thankfully, helps her avoid her socialite mother's attempts to marry her off to some L.A. millionaire. When a patron is attacked, she runs fearlessly down a dark alley to help. Saved by a man who emerges from the shadows, she wants to thank him but he's disappeared.

Yosef "Joe" MacArthur, a Green Beret, has gone into hiding. Admiring Savannah from afar, he'll never admit to his growing feelings for her and will stop at nothing to keep her safe. But the White House is making it hard, tearing apart L.A. to award him the highest military honor any soldier could receive. Joe has no time for that with Savannah still in danger. Hunted by the leader of a notorious drug ring Joe is faced with an impossible choice: save a city full of innocent civilians or save Savannah.

A most unlikely paring, love shows no limits in this emotional, action-packed, heartfelt story.

The beans were cold, the sun was hot, and the plastic crate beneath him imprinted tiny squares all over his fourth point of contact. It had been three hours, after all. Sitting there, watching, waiting. He scraped the inside of the can for the last bite of beans, but his eyes remained focused on the road.
Joe was hoping for trouble. It didn’t matter what kind. He needed something to do, someone to help, a bad guy to test his aim on. He was bored out of his mind with the mundane. Having a friend in Allen was the only thing that kept him sane, but it wasn’t enough. He’d been trained to act by the Army and, before that, by his dad. But if it was between this and allowing himself to be found, he’d choose this every time. There was no way he was ever stepping foot in D.C.
So, he waited, sweat rolling in beads down his back and through his thick beard. His foot tapped impatiently. The street was barren. Everyone was at the soup kitchen. He could always go. It would make Allen happy, but there was a high chance he’d try and play matchmaker between him and Savannah. Joe shook his head. Nope. He’d leave that as plan Z. What would he do there, anyway? Play cards and talk to people about their feelings? Pass. He wanted to make a difference, but more than that, he wanted to make up for his failure in Afghanistan. Not that he ever could. He’d bled to earn that Green Beret, just like his dad, and then he disgraced it.
Now he was alone on a street that reeked of piss and cigarette smoke. He ran his hands through his hair, grown out and wavy, and tossed the empty can of beans in a trash bin a few yards away. It clattered to the bottom. Allen would be by at eleven-thirty with good food. Food like his mom used to cook in their rusty, old 1960s kitchen. That woman was talented. Just like Savannah.
He rose from the crate and stretched, adjusting a faded ball cap over his eyes when a woman ran by in hot pink tights and jewel-studded sneakers, shrieking into her phone about taking a wrong turn on her jog. How many clues did she need to sense she’d left high society? Tents, drug needles, dilapidated buildings? Maybe a flashing sign would have helped. It did give him something to do. He’d follow her and make sure she made it safely back to her millennial friends and their venti soy, triple-shot lattes.
He listened for her voice as he shimmied a brick loose in the wall of a run-down chicken factory and retrieved his Glock, catching a reflection of a man he barely recognized in a broken window. He replaced the brick and brushed the mortar crumbs off his hand. He had slicks all over the city. Allen said he was like a squirrel hiding nuts. Instead of nuts though, he stashed pistols, cash, and C4. Any day could be his last in L.A., and he had to be ready in case someone found him. It made good tactical sense, and it kept his hands busy.
He slipped the Glock into a holster at his back and kept a safe distance. She didn’t notice, just continued her tirade, waving her free hand all around to signal her distress over the situation. With her boobs bouncing around in a low-cut top that was even tighter than her painted-on pants, she was lucky she’d made it this far without a threatening situation. Savannah’s holiday feast probably saved her life. He’d follow her the last block until she was safe.
Just as the thought of safety hit him, a man emerged from a side street behind her, lurking into the available shadows on the side of the street. She missed that, too. Was it possible for someone to lack all basic survival skills? He shook his head.
The man, who was wearing a black hoodie, closed in fast, with a knife reflecting the morning sun in his right hand. Joe sped up, breathing steady. He reached out and jerked the man backward just as he’d brushed the woman with the tip of his blade. She turned and screamed. The man—he appeared to be in his mid-forties—was completely off balance as he threw a lame punch. Joe dodged it and frowned. This wasn’t the rush he needed. It could barely be considered a rush at all. With a huff, he smashed his fist against the man’s cheek, knocking his head into a brick wall. The man fell to the ground, unconscious.
He looked up. The woman still screamed. It was high pitched, shrill, and drawing a lot of attention. “Oh my gosh! What did you do to that man? Is he alive?” She moved away a step at a time, eyes never leaving his. “Stay back. I’ll call the cops. I mean it, mister. Don’t touch me!”
She turned and ran. Fast. He’d just saved her from whatever that loser had planned, but all she saw was a scruffy Middle Eastern man with tattoos. Why did skin color dictate threat level? Screw it. She was alive. Job done.
He dragged the guy away and propped his limp body against a decaying dumpster with the rest of the trash. The dude would probably miss the irony when he woke, but whatever. He deserved worse, maybe to lose a finger or a hand, but it wasn’t his job to dole out justice. He did take the knife, stowing it in his boot before turning the opposite direction the girl ran. He needed to breathe some fresh air and stretch his legs. Yeah, it was the same air on Skid Row, but it never felt fresh. Each breeze that blew through was sour and stale. 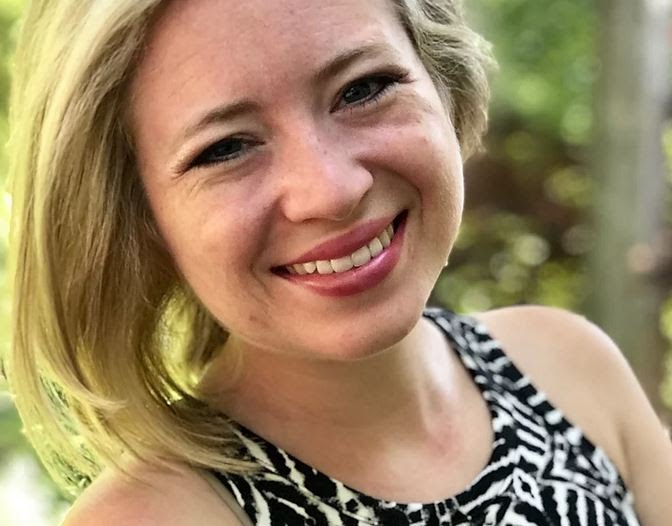 Rachel's vivid imagination and creativity made her six years of teaching elementary school even more fun. But when she and her husband had their awesome son, she decided to stay home and save her hugs for him. Between playing trains and being chased by a three-year-old T-Rex and his furry, four-legged sidekick, Rachel picked up a pen and began writing stories like she did when she was younger. Even at four, when she couldn't write by herself, she recruited her mom to transcribe them for her.

Rachel pairs relatable characters to storylines of romance and suspense, and she loves adding in military characters. She had a great appreciation for all the brave men and women fighting for our country and wants to acknowledge them, like her father, a retired US Army Green Beret. Rachel's first book, The Green Triangle, will be published in 2020, and she is already working on a sequel.