PROMO Blitz: Where it All Began by @loranahoopes #excerpt #giveaway #christian 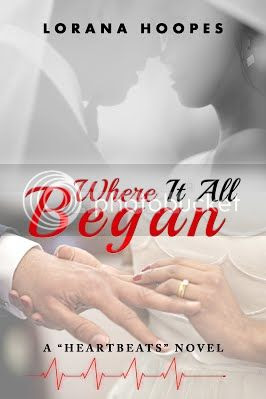 Sandra Baker thought her life was going perfectly until she found out she was pregnant. Her boyfriend doesn’t want the baby and pushes her to have an abortion. After the procedure, Sandra spirals into depression losing her relationship and nearly her job. When she meets Henry, a Christian man, who displays God’s love, she begins to wonder if God can forgive her and more importantly if she can forgive herself.

The delicate paper menu held only a few choices, and my eyes widened at the prices. I should have thought to ask where we were going before I agreed. I didn’t have the money to spend so much on dinner, especially since Peter had moved out and money was much tighter. My heart thudded in my chest as I quickly scanned for the cheapest item on the menu; even the side salad was nearly fifteen dollars. How do people afford this? Well, the salad comes with bread and a bowl of soup, so at least it should be enough to fill me up.
The waiter, clad in a white dress shirt and perfectly pressed black pants, appeared just as I laid the menu down. “Have we had enough time?” he asked politely, glancing at each of us before focusing his attention on Philip, who took the lead in ordering.
“Yes, we’ll have two glasses of your finest red wine and two plates of the steak and lobster, grilled medium well.” He handed his and Raquel’s menus to the waiter.
“Very well,” the waiter nodded and turned his attention to me.
I swallowed. “Um, I’ll have the side salad and the tomato soup.”
The waiter cocked his head. “Will that be all miss?”
My face flushed, and just as I was about to answer, Henry jumped in. “Yes, and the same for me please.” He handed our menus to the waiter.
The waiter nodded. “Yes, sir, and anything further to drink?”
Henry glanced at me; I shook my head. “No, water will be adequate for now, thank you.”
As the waiter turned away, I regarded Henry. Who was this man, and why was he being so nice to me? He caught me staring and shot me a small wink as he picked up a piece of bread. 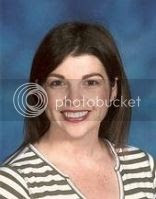 Lorana Hoopes is an inspirational romance and children’s author originally from Texas. She now lives in the Pacific Northwest with her husband and three children. When not writing, she can be found singing or acting on stage or kickboxing at her gym. You can also find her hosting her show Write the World where she interviews authors and writers. If you are an author and want to be featured, be sure to contact her.