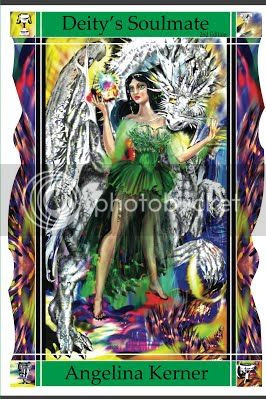 From author Angelina Kerner (Seven Hours: Challenge Accepted) comes an all-new fantasy series about Gardenia, a daughter of Athena, and her 100 years of coursework on how to create whole new worlds and subjects of her own.

A sheltered schoolchild in a realm of condescending gods and goddesses, Gardenia goes to Earth on a dare to  witness the unsavory side of mankind for herself.  Believing she can do better, she undertakes the formation of an entire galaxy, but without permission from Zeus.

Zeus disciplines her by assigning an epic 13-fold creational lesson destined to take her a century to complete.  But he is taken aback once more when she makes an odd choice.  She vows to fulfill this knowledge quest by tracking down a lost race of dragons, and discovering the secrets they’ve kept since time began.

Searching the universe to meet even one dragon may be a fool’s errand, but that’s the least of her worries.  For ancient wartime resentments linger between the nations of dragons and deities, and some dragons would attack Gardenia on sight!

Yet she ventures out undaunted, learning unexpected things about nomadic life, tender love, and mortal peril along the way.  The biggest surprise of all, though, goes by the name of Ri.  Ri may be the man of her dreams, the voice in her head, the dragon she’s seeking, or all these things and more...
Meanwhile, the Fates brew sordid plans of their own and Hera jealously sets traps and trials for Gardenia at every chance.  What’s a young goddess to do?  Flight or fight? 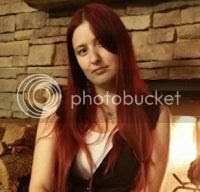 Angelina Kerner, a Pisces, was born during the Chinese astrological year of the Snake, which she absolutely adores. Angelina loves snakes, and was once allowed to feed one a rat. That was an experience of a lifetime.

She moved around during her young years from Novosibirsk to Kaluga in Russia. Finally settling in the San Francisco Bay Area, California, her teenage years were spent dancing in troupes and performing on stage. The dances ranged from waltz to tango, from Jewish to Russian, and finally belly dance. She was accepted into six out of seven universities, and decided to stay close to her family. Angelina pursued a psychology degree until she saw graduates working for Starbucks and then decided to pursue another career path in the department of Social Sciences. The difficult coursework, her job, and finding her life partner inspired her to turn to writing which, at the time, wasn't so much a hobby as a way to escape daily routine.

She worked on countless stories, never really finishing them, but came to understand that flash fiction wasn't for her. After finding an online community where she met her best friend, her writing flourished, making publication a possible next step. She is now the author of one published novel for both young adults and adults, and aspires to publish her other fantasy and crime fiction works soon. Her next project involves a competition for a beautiful phoenix. That novel will, hopefully, make its debut in 2017 or 2018. Angelina currently divides her time between her family, work, writing, and a lot of cats.