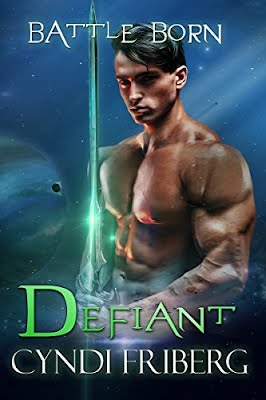 Rivals, enemies, lovers, Jenna and Drex are soon all three. She wants him, nearly as much as she resents him, so how can they ever hope to build a future together? Jenna has good reason to despise all Rodytes, but that doesn't keep her from longing for Drex, thinking of him night and day, and finding incredible pleasure every time they touch. Still, happily ever after is built on trust, and Jenna will never trust a Rodyte.
Drex is determined to prove to Jenna that he is different. He never expected to find a mate, so he refuses to let her slip away. He will court her with ruthless patience, wear down her emotional defenses until she understands that she is the most important person in the universe to him. But hostilities between humans and the battle born are rapidly escalating and the couple keeps getting caught in the middle. Can they overcome their pasts and focus on the future or will the conflict consume their love?

Her easy dismissal of something so vital, unleashed his predatory instincts. She only shrugged away his interest because the pull hadn’t yet engaged in her. Once his taste spread through her mouth, her body would ache with need and her blood would sizzle through her veins, “pulling” her toward him. In ages past, any Rodyte male would have tossed her over his shoulder and escaped to some private location where they could fight this out in bed.
“This is about so much more than children.” Stalking toward her with obvious intent, he spoke in a low, almost menacing tone. “Once a Rodyte male has found his mate, she becomes the most important person in the universe. Protecting her, providing for her, and pleasuring her are all he can think about. Why should I ignore what every cell in my body is demanding?”
She backed up, fear flickering through her gaze. “If you touch me, I’ll scream.”
“You have nothing to fear from me.” But he kept right on coming, only stopping when her back pressed against the wall. He placed his hands on either side of her head, caging her with his big body. “Breathe in my scent, let it wash over and sink into you.”
“This is pointless.” She sounded a bit more assertive now, but her lips trembled. “I don’t feel what you’re feeling.”
“Not yet,” he whispered as he lowered his head. She jerked her face aside, so he kissed her cheek and jawline. “Kiss me, Jenna. See if my taste excites you.”
“No,” she said firmly. “I don’t want to be excited by anyone right now. I—”
He turned her head and cut off her words with his mouth. Her lips pressed together, unmoving and unresponsive. His instincts demanded that he open her mouth and stake his claim with the thrust of his tongue, but she’d likely bite him if he forced this on her. Besides, he wanted her wild and willing, not resentful and resigned.
“What are you so afraid of?” he whispered the words against her stubbornly closed mouth. “Nothing is more natural, more fulfilling, than touching and being touched by your mate.”
Her hands came up and shoved against his chest. “Back off. Now!”
“Kiss me once, and I’ll let you go.” He brushed his lips over hers, coaxing, teasing.
“No means no, asshole.” She brought her knee up hard, barely missing his crotch as he quickly turned away.
With an exasperated sigh, he pushed off the wall and motioned toward the door through which they’d escaped. “Enjoy the party.” 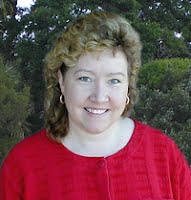 Anything-but-Ordinary is Cyndi's creed and her writing reflects her dedication to the concept. She writes in a variety of genres, but she seems happiest in outer space. Her books frequently appear on Best-Seller lists, and TAKEN BY STORM was named Best Fantasy/Science Fiction Romance of the year by Romance Reviews Today.

She lives in Colorado with her high school sweetheart turned husband of many years. With a pampered cat curled on the corner of her desk, she dreams of fascinating worlds and larger than life adventures -- and wouldn't have it any other way!