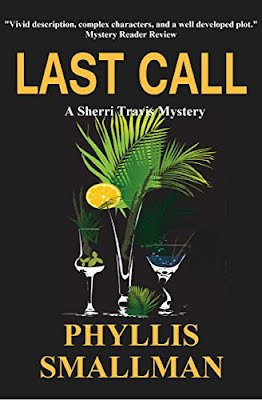 Down in Key West, Sherri Travis and her best friend Marley are looking for a little fun in the sun. Promising to be back for last call, Marley leaves the Rawhide Saloon with an Elvis impersonator. She doesn’t return. With Hurricane Alma turning toward Key West, and the police saying Marley must be missing for seventy-two hours before they start searching, Sherri and Lexi Divine, a six-foot tall drag queen, hunt for Marley amidst the chaos of the evacuation.


Other Books in the The Sherri Travis Mystery Series:

Thursday, May 18th
96 hours before Hurricane Alma hits Key West
Lunging into water up to my knees, I threw myself into the canoe, tipping it wildly until it threatened to roll. The paddle cracked against the side, signaling where I was. A yell went up in the dark, “She’s here!”
Beside me, Marley screamed, “Slow down.”
I gulped air. The terrifying memory of the Everglades receded and the sun shone again, but my heart still hammered in my ears and fear still trickled sweat down my body.
“Shit, Sherri, you’re going to kill us. Pay attention!”
“I am,” I said, but she knew it wasn’t true. Terrifying images, dangerous waking nightmares, were a daily part of my life since Clay’s murder. I glanced over at Marley. She had her bare feet braced against the dash, one hand locked to the back of my seat and the other one clutching the door, ready for the crash. The freckles she hated stood out on her pale face. Trying to make light of her fears, and diminish any fault of mine, I waved at the empty road in front of us where only a mirage of heat danced on the fiery asphalt. “There’s no one but us out here. What are you afraid of?”
“Dying, you idiot.”
The speedometer was closer to one hundred than it was to ninety. I backed off a little and took a deep breath. All the crosses and plastic flowers along the road said she might have a point.
“Pull over,” she said. “I’ll drive.” I eased up a little more on the gas but I didn’t pull over.
We’d come down the west coast of Florida from Cypress Island, and now we were going east on Alligator Alley toward Miami. “You drove to Fort Myers so I drive the rest of the way. That was the deal,” I said. Ahead of us, a flamingo flew low over the road, racing us toward the Atlantic. “Relax and enjoy the scenery.” I needed to be in control. I was the only one who could deal with the disaster when it came, and my head was in a place where the only thing coming was disaster. 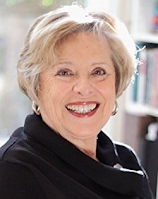 Phyllis Smallman's first novel, MARGARITA NIGHTS, won the inaugural Unhanged Arthur award from the Crime Writers of Canada after being shortlisted for the Debut Dagger in the U.K. and the Malice Domestic in the U.S.. Her writing has appeared in both Spinetingler Magazine and Omni Mystery Magazine. The Florida Writer's Association awarded CHAMPAGNE FOR BUZZARDS a silver medal for the best mystery and her fifth book, HIGHBALL EXIT, won an IPPY award in 2013. LONG GONE MAN won the Independent Publisher’s IPPY Gold Award as best Emystery/thriller in 2014. The Sherri Travis mystery series was one of six chosen by Good Morning America for a summer read. Before turning to a life of crime, Smallman was a potter. She divides her time between a beach in Florida and an island in the Salish Sea. Visit her website at www.phyllissmallman.com