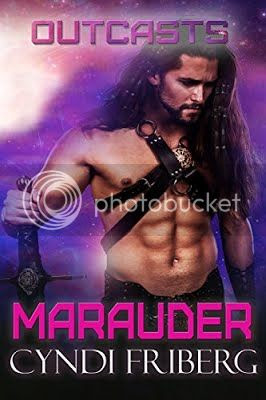 Rex Dravon, a notorious smuggler, is one of the Outcasts’ most important allies. Many of the Outcasts’ philosophies and approaches to life in general appeal to him, but he’s hesitant to commit to any cause. Hoping to entice Rex into committing, Arton the Heretic, tells Rex that he is genetically compatible with one of the “captive brides”, a feisty blonde named Thea Cline.

Thea is still enraged that she was dragged from Earth without her permission, and she’s recovering from a horrendous tragedy. She sneaks aboard the Marauder hoping to steal a weapon. Instead she’s confronted by the ship’s handsome commander. She knows to be wary of Rex because of his reputation, but she’s instantly, and powerfully, drawn to him. His offer to help her escape comes a little too quickly and she fears he has ulterior motives. Is he simply hoping to lure her into his bed—a fate she’s not sure she’d mind—or is his motivation more nefarious? 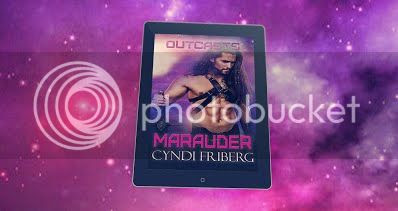 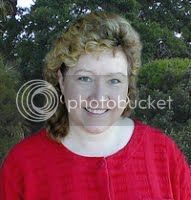 Anything-but-Ordinary is Cyndi's creed and her writing reflects her dedication to the concept. She writes in a variety of genres, but seems happiest in outer space. Her books frequently appear on Best-Seller lists, and TAKEN BY STORM was named Best Fantasy/Science Fiction Romance of the year by Romance Reviews Today.

She lives with her high school sweetheart turned husband of many years. With a pampered cat curled on the corner of her desk, she dreams of fascinating worlds and larger than life adventures -- and wouldn't have it any other way!