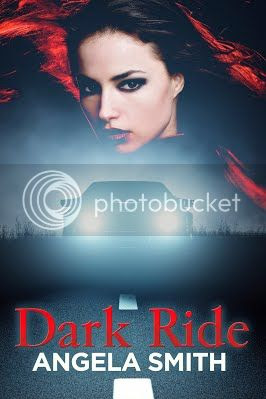 Adrienne Fuller is used to working late hours and long nights. As a nurse, her job is to save people, but when she witnesses a wreck on the road in front of her home and sees the men involved leave a dead body in a crumpled car, saving anyone is the last thing on her mind. This was no accident, and she’s already learned a hard lesson about the criminal justice system. She vows to tell no one what she saw, even the cops who come knocking on her door the next day.

Henry “Zan” Duncan is deep undercover investigating a human trafficking ring, and in his line of work he has to pretend to be the bad guy. During a horrendous car chase, it’s either kill or be killed. When he spots a woman with fiery red hair hiding in the bushes, he goes back the next day to save her life, unaware he just raised the stakes on his mission, blew his cover, and failed in his effort to never fall in love.

Dodging bullets, fights, and explosions, Adrienne must learn to trust the man who claims he wants to protect her, and Zan must open his heart to the woman he is starting to love.

She pulled on shorts and a t-shirt. A racket made her flinch—the wind against the window—but when she shifted the curtain to peer outside, not even the tree branches moved.

Her blood pounded. She was just being paranoid. Her mental fatigue weighed heavy on her and her thought patterns were going way too negative. Tonka hadn’t budged. If Tonka hadn’t heard anything—

Adrenaline, thick and heavy, infused her. The man from last night loomed in the doorway. Her knees buckled, but she didn’t allow room for weakness. She dove for the shotgun, stumbled over the dirty clothes pile, and managed to catch herself on the corner of the counter so that she didn’t fall or, worse, hit her head.

He held up his hands as if to ward off blows. Good idea. Find something to throw at him. She reached for her hair straightener. Strong, heavy metal. Maybe it would do some damage. If only it had been plugged in and burning hot.

“Didn’t mean to scare you.”

His voice, a refined edge of rasp, incited horror. Scared was an understatement.

This man had killed someone last night, and now he was here to kill her. Her throat clogged with a silent scream. Black shadows hazed her mind, an orbit of acceptance and denial, accession and refusal, fight and surrender.

She yanked the straightener from the shelf and aimed it at his face. He shifted to avoid the blow. It thwacked on the wall and slid to the floor. She grabbed a makeup jar to throw at him. Again, he sidestepped her blow. Why had she kept the shotgun too far from reach?

“Please, woman. I’m not going to kill you. Obviously I should have planned this better.”

He’s dead. His voice, so gut-wrenching, ripped out her confidence. Her body trembled. She hurled a lotion bottle at his head. It smacked the wall and fell, spewing its contents all over the floor. Sweat pooled on her forehead, her wet hair channeling water droplets down her shirt.

She clenched the counter behind her as she leaned to reach the gun.

“I’m a cop. Please, I’m not going to hurt you. But I think I was followed, and whoever followed me probably does intend on hurting you. Please don’t attract any more attention.”

The bathroom was too big. Why did it have to be so big? The gun so far away? She hurled a shampoo bottle and was pleased when it hit his chest. Still, he didn’t move. She lunged for the shotgun and managed to aim it at him without dropping it, even if it wasn’t cocked.

He kept his arms up. “Put the weapon away. I’m not going to hurt you, but someone is coming who will.”

Her pulse beat at her temples. Her legs weakened, but she held on, refusing to allow herself to crumble.

“Don’t you hear that?” he asked when the front door slammed and footsteps pounded against the floor, stopping and starting in heavy exploratory drifts. Whoever was in her home was looking for something. Probably her.

But this man was not a cop. And if he was, she definitely couldn’t trust him. Not after what she’d seen last night.

“I’m sure it’s my boyfriend,” she lied. Her voice was a high-pitched whine, and she swallowed. Nervousness was not the way to win this battle.

“You don’t have a boyfriend.”

The man blinked, his sneer not one of amusement. “No, you don’t. Come on, I don’t want to hurt you. Or scare you. But I don’t plan on dying today so as long as you don’t, you need to come with me.”

It sounded like a bulldozer was destroying her home. But she couldn’t go with this killer. She’d seen him. He wasn’t the one who’d been driving, who’d hurled Bill Dane into that tree, but he had been there, in the car following afterward, like a horror movie becoming real.

She remembered that frame, that hair. That walk. Although she hadn’t seen his dark brown eyes, now they were familiar, as if they’d flamed bright out of a blackened night and branded her with only a look.

His jaw clenched. “My God, woman. You’ll kill us both.” 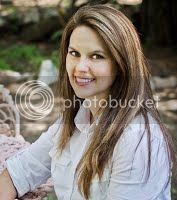