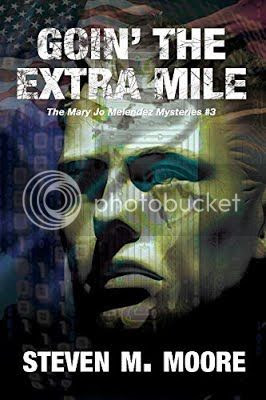 Mary Jo is back. Her domestic bliss is rudely interrupted as a mercenary tries to kidnap her adopted children. She and husband Mario have a theory about why: after fighting off CIA and SVR agents in the previous novels in this series, it’s now the Chinese government that wants the super-soldier technology of her MECH friends (“Mechanically Enhanced Cybernetic Humans”) who are hiding in France…and they will stop at nothing to get it. With action taking place in China and France, this novel returns to the international action of the first to round out the trilogy.

Other Books in the Mary Jo Melendez Mystery Series:

In this international mystery/thriller, ex-USN Master-at-Arms Third Class Mary Jo Melendez struggles with restarting her life until she is hired as a security guard for an R&D firm with Pentagon contracts. She is framed after a violent break-in and lands in prison. She escapes, struggles to clear her name, and seeks revenge for her sister and brother-in-law’s deaths, during a journey that takes her around Europe and South America and tests her many skills as well as her faith. On the way, she makes new friends that restore her belief in human goodness, and even finds romance.

In this international mystery, thriller, and espionage tale about conspiracy and betrayal, Steve Moore creates yet another strong female protagonist whose adventures illustrate his keen interest in the world around him and the people who populate it.

Mary Jo Melendez is back in this sci-fi mystery thriller. The protagonist of Muddlin’ Through takes a permanent security job in the Silicon Valley after bouncing across the U.S. through temp jobs. Her future isn’t all bright, though, as she discovers she has a stalker. Moreover, two teams of agents, U.S. and Russian, are in hot pursuit because of what she knows about the cyborgs she saved in the first book in this series. She hires a PI for surveillance and protection who becomes a new love interest. The two match wits against her pursuers. Will this ex-USN Master-at-Arms survive this time? Will she and her new romantic interest be able to end yet another conspiracy. 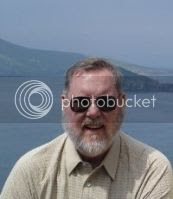 Steven M. Moore was born in California and has lived in various parts of the U.S. and Colombia, South America.  He always wanted to be a storyteller but had to postpone that dream to work in academia and R&D as a scientist.  His travels around Europe, South America, and the U.S., for work or pleasure, taught him a lot about the human condition and our wonderful human diversity, a learning process that started during his childhood in California’s San Joaquin Valley.