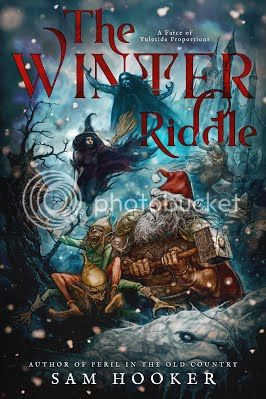 When destiny calls on the Winter Witch to save the North Pole, will she pretend she’s not in?

Once upon a time, the North Pole was a very noisy place. A kingdom cowered under the maniacal rule of the White Queen, The Vikings raided and pillaged as they were wont to do, and the Winter Witch avoided talking to any of them.

When her peace and quiet are obliterated by threats of war and Ragnarok, she’ll try anything to get them back. When casting spells to become nearly invisible and dealing with otherworldly powers fail, the Winter Witch needs to forge an alliance with Santa—a retired warrior who’s anything but jolly—to save the North Pole from calamity.

Will the Vikings take up arms against the frost giants? Will an evil necromancer keep the kingdom in the grip of fear? And for the love of Christmas, will everyone who isn’t the Winter Witch please stop meddling with dark forces beyond mortal comprehension for a bit?

Deck the halls and bar the doors! We’re in for a long winter’s night.

Santa’s Village was always giving off some sort of minor nuisance that she could overlook. The occasional thunderous boom, the erstwhile blinding flashes in the sky, and the rare fluctuation in the Northern Lights were all easy enough to forgive and forget, but the wreckage of some infernal machine gone clog dancing over her herb garden was just the sort of thing to land an insolent neighbor at the top of the revenge list.

Oh, yes! The spirits were simply philanthropic with cause for revenge of late. There must have been a surplus. It was shaping up to be a very busy winter.

Adding insult to injury, Santa probably had no idea that his detritus had inconvenienced anyone. If she did nothing about it, he’d most likely go on with his life as if nothing had happened. Not a chance! Walking away from this would require legs! Functional ones, with knees intact!

Volgha stood there, fuming. She wasn’t very handy in dealing with people. Plants, yes. Animals, to be sure. The occasional Viking was fine, as long as they were full of mead and beef and you toasted Valhalla with them once or twice. However, your standard, run-of-the-mill person came with all sorts of things. Feelings, needs, complications. It was disgusting, really. 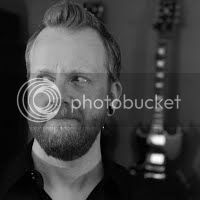