After confessing to killing fourteen young men in La Crosse, Wisconsin, sultry serial killer Genevieve Wangen escapes custody for the second time. Aided by her Mafia contacts, she settles in at a remote cabin in the Bitterroot Mountains of Montana. Now, safely hidden behind her new identity as Samantha Walters, she happily continues her deadly work for the Carbones. But Detective Al Rouse and Deputy Charlie Berzinski are bent on locking her away for good. When they finally catch up to her, as she is about to wed her latest debonair lover, Genevieve finds that she must escape more than just the law!

Other Books in the Series

When Shawn Sorenson drowned in 1987, no one in La Crosse, Wisconsin, took much notice. They thought it was simply another drunken accident. When another student, Tad Schwartz, drowned a year later, the residents began to suspect foul play. Why else would a healthy young man drown? Even so, the police had no leads or clues to suggest anything other than a tragic accident. Were these truly accidental deaths? Suspicion became reality one fateful morning in 2011 when Police Detective Allan Rouse, Sheriff's Deputy Charlie Berzinski, and pathologist Rick Olson pulled the 15th victim from the river. The body had a tale to tell.

Dr. Olson, physician Patricia Grebin, and researcher Sarah Giles discover an obscure piece of evidence. It leads Berzinski and Rouse down a tangled trail of clues before reaching a mind-boggling conclusion. Will Berzinski and Rouse catch the killer before it's too late? Filled with intrigue, betrayal, and gut-twisting suspense, Death by Drowning will draw readers into a Midwestern town full of secrets and clues as breathtaking as the Mississippi River.

Beautiful assassin Genevieve Wangen continues to work on her deadly concoctions from her secret lab in the woods, far from the prying eyes of the law. But just as soon as she has love and a new life in her sights, Genevieve is pulled into a far more dangerous high-stakes game of cat and mouse. She already upended her life and identity once. How far will she need to go this time to stay alive? 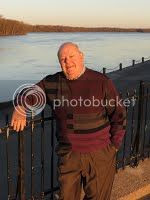 Gary Evans has turned his passion for novel writing into a post-retirement career, with book four soon to be released, and book five already in the works. Evans spent 30 years in Midwest newsrooms as an award-winning writer, editor, and publisher. He spent 12 years as vice president at Winona State University. He ended his career as the president and CEO of Hiawatha Broadband Communication, one of the nation’s first alternative entrant telecommunications firms, after 15 years. Married to Ellen, they have two grown children, Gregory and Natalie.