The future is governed through a genetic hierarchy—superhumans at the top, humans, and defects at the bottom. Welcome to an all-new military science fiction novel from critically-acclaimed author Shami Stovall.

Clevon Demarco, a genetically modified human, has a cocksure attitude and the combat skills to back it up. With his unparalleled skills, he makes his living as a ruthless gunrunner on a shady space station near the edges of the quadrant. Stronger, faster, and wittier than most sad sacks, no one even comes close to Demarco’s abilities—until he crosses paths with the captain of the notorious Star Marque, Endellion Voight.

Captain Voight arrests Demarco and offers him a choice: go to a prison planet for his crimes, or join her starship, the Star Marque, working as mercenaries for the superhumans. But she didn't pick him at random. She has a plan to become a planet governor; a title no human has held since the superhumans won the war. It doesn’t matter the cost—assassinations, extortion, blackmail—she’s determined to claw her way to the top.

All Captain Voight needs is Demarco’s help to carry out her machinations, and she’ll give him everything he’s ever wanted in return.

A fast-paced space opera for those who enjoy Old Man’s War by John Scalzi, Revelation Space by Alastair Reynolds, or anything by Robert A. Heinlein.

I wheezed and hacked as I stepped out of the vat. The slimy fluid filled my nose and ears, and it took me a moment to snort them clear.

The bright lighting of the room hurt my eyes, but I adjusted in a matter of moments. I got a quick look around and froze up.

Everything was so well ventilated and clean…

I wasn’t in Section Six.

It was a medium-sized room with a single metal door. My healing vat sat in the back corner, extending from the floor to the ceiling. There was a computer terminal and two large, steel crates with the words Medical Supplies stamped across the side. But those things paled in comparison to the viewing window on the far wall.

I walked over, eyes wide, and stared out into the depths of space.

Capital Station hung in orbit around Galvis-4, a brown-and-turquoise planet that acted as the station’s anchor. The space station—white and pristine from the outside—didn’t look half bad from a distance. It was a hexagonal torus, forever spinning to maintain gravity, powering itself from the rays of the system’s star. From the outside, one would never know of the filth that dwelled inside. From space, it was impossible to see the overcrowding and meaningless death that had made the station so infamous.

We had left the dock, but the starship I was on hadn’t left for its destination. Why? My thoughts didn’t linger on it for long.

I rubbed my arms and shins, impressed by how supple everything had become. I wiped away as much excess mother-cell fluid as possible, but the stuff was everywhere. Just… everywhere.

The door to the room slid open. I tensed and whirled around on my heel. 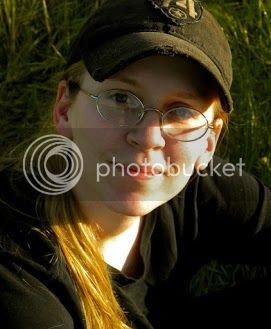 Shami Stovall relies on her BA in History and Juris Doctorate to make her living as an author and history professor in the central valley of California. She writes in a wide range of fiction, from crime thrillers to fantasy to science-fiction. Stovall loves reading, playing video games, entertaining others with stories, and writing about herself in the third person.