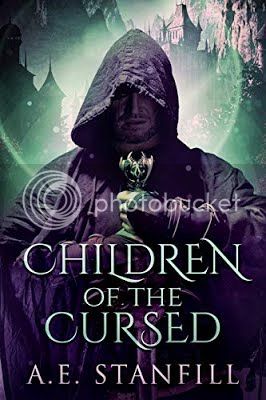 In a kingdom in turmoil, people only care for riches and power. As a war breaks out between countries, a godly power is awakening.

Two boys train at the Academy to become Knights of Valor. Best friends, one is filled with light while the other leans towards darkness.

They both have the power to change the world - or destroy it - in their battle for what they believe is right.

This was one of my favorite scenes to write. Began the book off with a bang.

Alistair pulled off his helmet, his long blonde hair fell down his back. His blue eyes were filled with rage, aimed at Ballard. “If you do not move out of my way, I will be forced to move you,” Alistair hissed, this time his hand on the hilt of his sword.

Ballard slyly grinned, “So you would be willing to do battle within these walls?”

“If it means getting to see the King, then yes,” Alistair replied, standing tall and unwavering.

Ballard unsheathed his blade, “If you refuse to back down, then have at thee.” His determination was just as unwavering as Alistair's.

Alistair felt as though his hand had been forced, and he too unsheathed his blade. The two men were now set to do battle. Ballard was the first to strike with his blade, but Alistair parried the attack, “Not bad, Chamberlain. But now it is my turn,” he said, then lunged at Ballard.

Ballard knocked the blade away without even trying, “Not bad yourself Knight, but you will have to do better than that if you want to best me,” he sheepishly grinned.

The sound of steel clashing against steel could be heard all throughout the castle as the two men fought each other. Hearing the sounds echoing through out must have drawn the ire of King Edward, for he stormed out of the throne room, and unbeknownst to the two men he used his blade “Kings Defender” to knock Alistair and Ballard's swords from their hands, sending them both to the floor without trouble. “What is the meaning of this? Fighting inside my castle walls is forbidden.”

The King was infuriated with the both of them. “Tell me. Why would my first Knight and most trusted adviser be in my halls fighting like two fools,” he shouted at them both. “I want answers, or so help me I will have both of you locked up in the dungeon for months.” Instead of answering King Edward. Ballard made a big mistake by reaching for his sword and King Edward took notice by stepping on the blade, keeping the sword just out of reach, “Reach for your blade one more time Chamberlain, trusted or not I will cut off your hand,” the King yelled. “Now which of you are going to give me the answer I seek?”

Alistair on one knee placed his arm across his chest and bowed before he spoke, “Your majesty. I have urgent news for you, but before I could deliver. The Chamberlain here refused to let me have an audience, and this is urgent and I did what I felt was right. Even if it meant fighting inside these walls. I do apologize, I should have thought this through.”

Edward then looked over at Ballard, “Is this true, Chamberlain?”

“It is my Lord,” Ballard answered.

King Edward's anger was solely upon his Chamberlain now, “Why would you stop my First Knight from coming to see me? You know it is important whenever he rushes in like this.”

“My Lord, you've been ill lately and do not need the stress. I was only thinking of you your majesty,” explained Ballard

“You had no right,” the King responded. “As long as I am the King of Drasal, and have the aid of my blade, I refuse to be treated like an old frail man. I shall always be here for my knights and my people. Get out of my sight, Ballard!”

“But your majesty-” the Chamberlain tried to speak but the King would have none of it.

“I said to get out of my sight,” King Edward shouted again.

The Chamberlain stood up and asked if he could have his sword back, of course, the King was not a heartless man and allowed him to take back his blade. But Ballard did not go far, instead, he hid out of sight and listened in on what King Edward and Alistair had to say to one another.

“Go on Lord Alistair, tell of this news you speak of,” the King said, now in a much calmer state, but still as serious as ever.

Alistair sheathed his sword and picked up his helmet. “The Dark Knights have returned and are on the move, your majesty.”

Edward's face had now changed to a look of despair, “What? The Dark Knights have returned? You must be mistaken, Knight. That evil was laid to rest a lifetime ago.”

“Yes, I remember my Lord. I was just a kid when you vanquished that evil with the King's Defender, and a handful of knights to aid you. But believe in my words, I have seen them with my own eyes. They have returned and are not far from here, my Lord,” said Alistair.

King Edward held tightly onto the hilt of his blade, “If that is the case, then I shall ride out with you and vanquish that evil once more.”

“King Edward, you musn't. You are ill! And who knows what could happen out there. Your people need you now more than ever. If you would, please allow me to take some more men and go out to scout, and see what they are up to that is. At least allow me that before you get involved, my King. Please. I beg of you,” Alistair pleaded.

Edward was reluctant but agreed to do as Alistair had wished, “Okay, Alistair. I will do as you wish and allow you to take a few extra men out with you, under one condition.”

“Of course.” He bowed. “Name your condition.”

“You take only a few men, and some from the Academy as well. And under no circumstances do you engage the Dark Knights. Understood,” King Edward explained.

“I understand your majesty. I shall do as you ask,” replied Alistair.

“Then go now Knight Of Valor, and assemble your team. I shall be awaiting your return, may the gods watch over you,” King Edward said.

Alistair crossed his arm over his chest and bowed to the King, “I shall take my leave now, your majesty. And thank you for placing your trust in me once more.”

King Edward stood there for a moment, mumbling a few words under his breath before turning and walking back into the throne room. However, there lurking in the shadows was the King's Chamberlain, and he heard every word that was said. “So the Dark Knights have returned from the ashes, that must mean “the dark powers” are up for grabs again. And all the mythical blades powers must have been resurrected as well. Which would explain why the King took us down so easily while being so frail.

“This could be good for me,” Ballard whispered, before disappearing back into the shadows.

I am the author of Albert: Killer In The Woods and many more. I love to write horror novels and short stories as well. I live in Powell Wyoming with my fiancee and two kids.