Scott Free chronicles the life of a near thirty New York City filmmaker, ironically stuck working the concession stand at an upscale movie theater,, trying to negotiate his dead end relationships, too. He hops a “Greyhound $99 Special” en route to Hollywood, but in failing to reach the stars he lands on his knees, down and out in the San Francisco cleaning toilets and realizing that his life West resembles his life East as there’s really no escaping oneself. 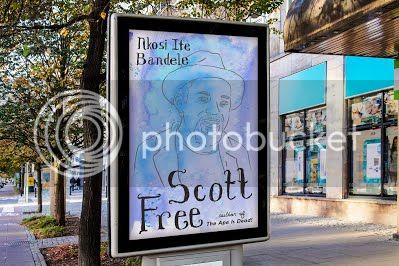