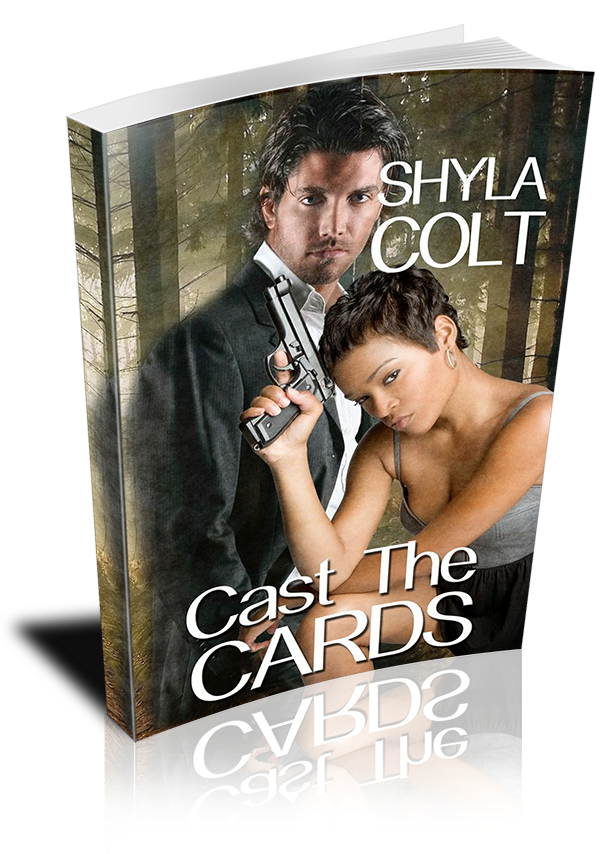 Savannah escaped a kidnapping but her best friend Clark—the man she secretly loved—didn’t. Guilt-ridden and changed after the event, she gives up her dream of teaching and earns a position in the F.B.I as a profiler. When she’s targeted by the very same kidnappers wishing to finish the job, she is armed with her skills, backed by her first love’s twin brother, and forced to revisit her demons when Clark’s ghost appears.

After his twin’s murder, Officer Carey Carr loses more than his brother. Savannah avoids him for a decade. Her return—and her steaming-hot body—stir brand new feelings in Carey. But Clark’s reappearance has Carey battling to control his primal desires around the woman his twin loved.

As Savannah and Carey, with Clark’s help, embark on a cruel game of cat and mouse with the kidnappers, the twins come to an understanding that involves Savannah and more pleasure than the three of them have ever dreamed.

EXCERPT
Savannah pressed the cold glass of iced tea to her neck. It was a sweltering summer, and her parents’ air conditioner was on the fritz. Which chased her over to Carey’s while they worked on their case after hours.  I wonder if Clark has something to do with that. The case had become an all-consuming driving force for both of them.
Frustrated by their inability to move forward they’d opted to take a break.
“When are your parents going to get the air fixed… not that I mind.” His gaze raked over her. “I like the view.”
“Flirt. I just spent the drive over here sweating like a pig. I doubt I’m much to look at.”
“Don’t underestimate your appeal.” The gravelly quality of his voice touched her in places long unattended. Clearing her throat, she attempted to refocus her attention on anything other than the sexy man who sat across from her in a white tank top and a pair of sweats. No matter how hard she tried, she couldn’t keep her gaze from his tats.
“Okay, I have to ask. What do the tattoos mean?”
“Aaah. The million dollar question.”
“Is it a secret?” Intrigued, she sat up straight.
“No, just personal.” Red appeared in his cheeks. “It’s a memorial.”
“That makes perfect sense. Why are you embarrassed?”  She arched an eyebrow.
“It’s for the three of us… I sort of felt like we died with Clark.”   He placed his hand on his arm. “The rose in the Rosary represents you.”
“I’m on your arm?” she whispered. Touched, she covered her mouth.
“I couldn’t do the piece without you. It didn’t feel right. When I first started work on this I knew I wanted us all on a rosary, connected despite everything that went down.”
“Carey.” Unable to find the right words, she shook her head.
“See, this is why I didn’t want to talk about it.” He rubbed the back of his neck.
“What have you been telling people all this time?”
“That it’s a memorial tat for my twin brother. They don’t ask for more detail after that.”
“Am I the only one who knows?”
“Yeah.” His jaw was tensed. He refused to meet her gaze.  Setting her drink on the table, she walked over to him and sank onto the arm of his chair. She traced the rosary that faded into the background of the brightly-colored, old school sailor designs that surrounded it. There were red stars, a red and blue swallow, and a set of dice.
“Thank you,” she whispered.
He tilted his head up. Their gazes locked.
“Want to hear something funny?”
“Sure.” He nodded, his voice equally soft.
Stepping back, she pulled up the hem of her tank top and lowered the top of her cutoff shorts.  A delicate brown branch with three blossoms, black, red, and pink, graced the curve of her hip.
“For us?”
She nodded. A slow smile erased the pinched, austere expression he’d held moments earlier.  He extended a finger and traced over the pattern. She sucked in a breath.  A searing heat spread through her body. Her pulse kicked into overdrive and her muscles tensed. His finger crept lower, brushing the top of her shorts. Holding her breath in anticipation of more, she watched him through half closed lids.
“Savannah?” Raspy and uncertain, his question asked for permission.
“Y-yes.” The words were out before she could over think them. His head dipped and his tongue shot out and caressed the path his digit had traced.
“Oh.”  Her nipples hardened and her pussy grew moist. Years of neglect combined together to overthrow her objections. Desire exploded inside her like a bomb, superseding her common sense. Latching her fingers onto his shoulder she allowed her head to fall back, enjoying the feel of his mouth. He nipped her skin, moving across her waist. The stubble on his chin tickled where it grazed her delicate skin. He paused at her belly button and dipped his tongue inside. Her stomach muscles quivered, and her toes curled in her flip-flops.  He pulled back, blowing on her wet skin.
“Carey.”The wobbly words made him look up.
“Do you want me to stop, Vannah?”
“N-no.”
Holding her stare, he brought his hand up and cupped her pussy. She gasped.
“Still okay?”
Unable to speak, she nodded. He began a massage.
“Oooh.” In need of relief from the pounding rhythm of need emitting from her core she spread her legs to allow him more room to play.
“That’s it, baby, open up for me.”  Her legs trembled. The rough material pressed into her cleft. She rocked her hips against him. Needy mewls slipped from her mouth.
“It feels so good,” she moaned.
“Are you going to come for me, Vannah?”
“Y-yes.”
“Mmm. I can feel the heat from your pussy through your shorts. Are you going to let me taste you after I make you come?”
The erotic image of his head between her legs sent her hurtling up the precipice she’d climbed to at the speed of light.
The sound of a zipper being pulled down brought her back to the present. He parted the miniscule piece of fabric and worked it down her hip, stopping to kiss the new patch of skin revealed to his hungry gaze. 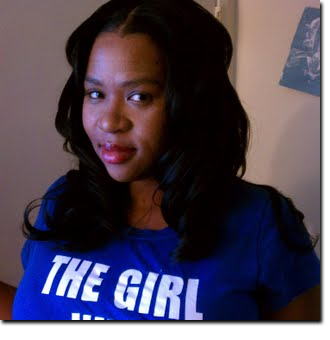 Told once 'You have to be an author, then you're craziness becomes eccentrics', Shyla Colt has always been in love with the written word and possessed a desire to write. Named after Super Girl in the comics, she often mistakes her mortality for super hero status. So, she holds many hats, Mother, Marine Wife, and writer are her top three. Writing allows her to explore new venues, face her demons, and touch others. A huge practitioner of paying it forward, and putting in what you want to get out, she hopes to inspire, enlighten, move, and entertain you with her work. Mixing humor, drama, and strong women, often with a paranormal element, she continues to soldier ahead in the writing field. One of her favorite things is talking to fans. If you'd like to learn more or just drop a line, please check her out at www.shylacolt.com.