PROMO Blitz: Shadow of the Wolf by S.M. Pace 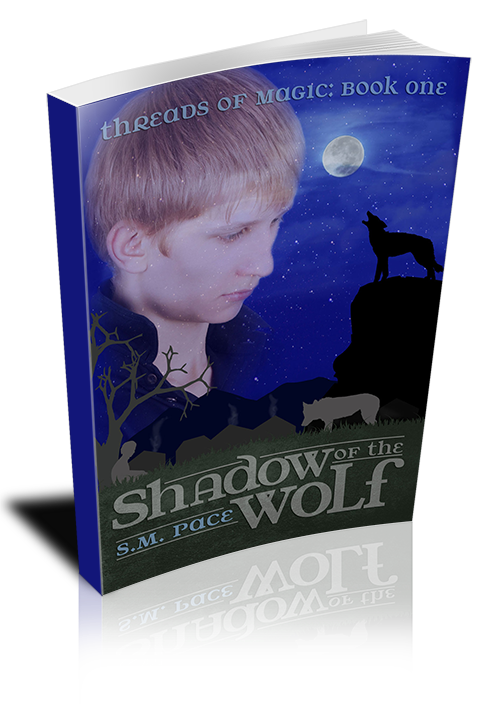 Toby has always felt like an outcast in his village, but he thought winning a game at the Summer Fair was the answer to making friends. The local boys disagreed and literally threw Toby to the wolves. Stranded in enemy territory with a broken leg, he’s offered two options by the resident werewolves; death or permanent exile from his race.

Although Toby longs to return to his family, he chooses to live. But the werewolf children torment him just like the boys and girls back home. When he fights back and discovers he can wield magic, a crime in his old kingdom, he realizes he’s safer with the werewolves than he ever was amongst his own kind. He even finds happiness and acceptance, until his real sister contacts him with her own forbidden magic.

Fearing for her safety, Toby must decide where his loyalties lie; with the family he grew up with or the werewolves who took him in when his own people discarded him?

It seemed impossible.  Noah Cham, apologizing and offering to be friends.  Toby hesitated, his mind unable to grasp such a rapid change.  Too good to be true.
He shoved the caustic thought away and stuck out his hand.  "Sounds good to me."
The corner of Noah's mouth twitched and he stared at Toby's hand for a second before accepting the handshake with an easy grip.
"Good game earlier," Toby added.
Noah flinched a little, his smile wavering then snapping back into place.  “Definitely an interesting game.”  He shared a glance with his friends and lifted the bat he held.  “We're headed out to the perimeter, to hit a few rocks.  You want to come?”
Toby thought about it for less than a blink.  “Sure.”
The other three started toward the road, but before Toby took three steps a hand clamped on his wrist, yanking him back.
Ora glared at him, eyes fierce.  “What do you think you’re doing?”
Toby tugged his arm out of her grip.  “Making friends.  You should try it, just once.  You’re too paranoid."
Her eyes darkened, flicking to Noah, who had stopped to watch them.  “Paranoid or not, I’m no fool.  He’s planning something.”
For a moment, just one small moment, looking into her eyes, doubt crushed Toby.  The knowledge that he was being foolish.  He knew Noah would never change so easily.
He shrugged the weight off.  “Probably.  But I can handle it.  Tell Mama I’ll be home for supper.”
Ora reached for his hand again.  He slipped away and left her clutching at air, staring at him with that Ora look, like she thought she’d never see him again.  The weight crept back, but Toby shoved it away.  He wanted friends.  Someone besides his sister and little brother to do things with; even stupid things. 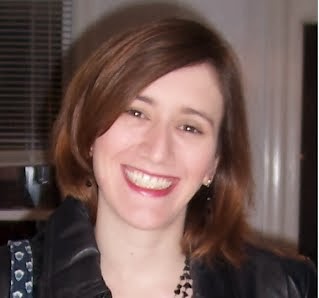 Stephanie Pace is an avid reader of every genre, though fantasy is her favorite. She started writing at fifteen and never looked back. She currently works as a pre-K teacher by day, and a determined self-publisher by night. When she’s not distracting herself with conlanging and world-building, she loves to do cross stitch or escape to the outdoors when the weather is nice. She lives in central Virginia with her boyfriend, and the rest of her crazy, amazingly supportive family close by.