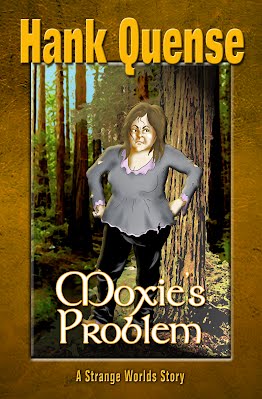 You won’t find one more unusual or more humorous than Moxie’s Problem.

Moxie is an obnoxious, teenage princess who has led a sheltered life. Until now. She struggles to come to grips with reality. This fantasy comedy takes place against a backdrop of Camelot. But it’s a Camelot in a parallel universe.

In Moxie’s Problem, Moxie, a teenage princess, leaves her father’s castle for the first time to travel to her betroth’s home. She is escorted by three Knights of the Round Table, Percivale, Gareth and Bors. Along the way Moxie is stunned by the real world, so different from life in the castle. For one thing, the knights ignore her demands and her commands. They expect her to sleep on the ground, get up at dawn and eat what they can catch or find. Moxie notices how independent they are. The knights do what has to be done whether it’s deciding on a route or fighting brigands. Moxie realizes she hasn’t been trained to do anything. She doesn’t have a life.

When Moxie finally meets her betrothed, she hates him on sight, refuses to marry him, breaks the engagement and demands the knights to escort her home. Percivale and the others are reluctant to spend more time with Moxie but finally agree.

Moxie and the three knights suffer through more adventures together as she gradually puts together a plan to make something of her life. Moxie decides she wants to be the queen after her father dies. But her father refuses to name her as successor. Her uncle also wants the crown and tries to eliminate Moxie’s competition.

Meanwhile, Camelot strives to defeat the vicious Saxons on the football field.  Merlin, a wizard, investigates the ‘Magic of the Mind’ using primitive Rorschach charts and Stonehenge is a theater-in-the-round. Sir Tristan writes a play that sounds like something Shakespeare will write a thousand years later. The three knights when not escorting Moxie go on quests in Sherwood Forest and what is now Scotland. 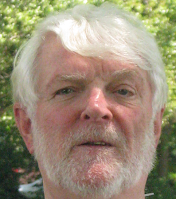 Hank Quense writes humorous and satiric scifi and fantasy stories. He also writes about fiction writing and self-publishing. He has published 18 books and 50 short stories along with a few dozen articles. He often lectures on fiction writing and publishing and has a series of guides covering the basics on each subject. He is currently working on a series of two humorous novels that take place in the Camelot era.
He and his wife, Pat, usually vacation in another galaxy or parallel universe. They also time travel occasionally when Hank is searching for new story ideas.

To get informed about Hank's new stories, subscribe to his email list. Use this link: http://eepurl.com/ca87ET You'll get a free copy of one of his novels when you do.