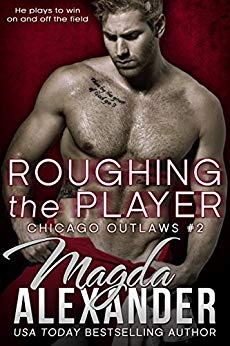 After a wild party brings the wrong kind of notoriety to quarterback Brock Parker, his team trades him to the Chicago Outlaws--as backup. At this point, he’ll never make the hall of fame. Brock’s one consolation is beautiful, hot Ellie Adams. His new sports agent, his high school tutor. The girl who got away.

Most Straitlaced Stick in the Mud

As a teenager, whip smart Eleanor Adams had fallen for Brock with disastrous consequences. But she’d picked herself up, dusted him off, and moved on. Now a sports agent, she won’t risk her chance at success. Least of all, to the playboy jock who almost ruined her life.

But when another scandal threatens Brock’s spot on the team, Ellie moves in with him to save his career. Big mistake. Because she still has the hots for him. And the league’s most notorious bad boy hasn't lost the knack of getting under her skirt.

A smokin’ hot, STANDALONE, FULL-LENGTH novel with a guaranteed HEA. 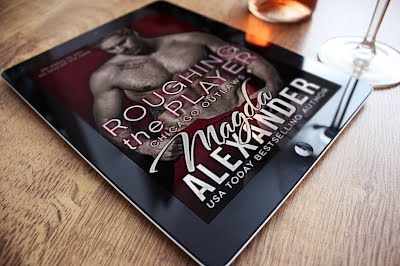 Other Books in the Chicago Outlaws Sports Romance Series:

Bad boy quarterback Ty Mathews has it all--money, women, fame. On the gridiron, he vanquishes defenses with his golden arm. Off the field, it's another part of his anatomy that gets the glory. Legend has it, he only needs to crook a finger, and women come running.

Until he meets MacKenna Perkins.

The rookie reporter wants nothing to do with him. After all, she was hired to cover women's and social issues for her local Chicago newspaper, not deal with a cocky football player. But when the sports reporter falls ill, she's asked to interview a wide receiver. Knowing next to nothing about football, she fails miserably at it.

Until Ty Mathews proposes she write about him instead.

Eager to impress her boss, she accepts his offer. Too late, she realizes her heart's not listening to her head. In no time at all, she's in his bed doing all those dirty things he likes to do. A big mistake because if her editor ever found out? He'd fire her.

A smokin' hot, STANDALONE, FULL-LENGTH novel with a guaranteed HEA.

USA Today bestseller Magda Alexander is the author of eleven books, ranging from steamy contemporary romance, to intriguing romantic suspense, to smokin' hot sports romance. A native of Cuba, she now resides in western Maryland in a city whose history dates back to colonial times. She loves to cook yummy food in her Instant Pot and spend time with her family, especially her beautiful granddaughter. Magda is a member of the Romance Writers of America and the Maryland Romance Writers. For more information on Magda's books, please visit her website at https://www.magdaalexander.com.