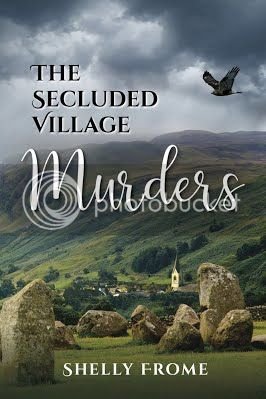 From a small secluded village in Connecticut to the English Countryside, readers are taken on a roller coaster of events and quirky characters as amateur sleuth Emily Ryder tries to solve a murder that everyone thinks was an accident.

For tour guide Emily Ryder, the turning point came on that fateful early morning when her beloved mentor met an untimely death. It's labeled as an accident and Trooper Dave Roberts is more interested in Emily than in any suspicions around Chris Cooper's death. For Emily, if Chris hadn't been the Village Planner and the only man standing in the way of the development of an apartment and entertainment complex in their quaint village of Lydfield, Connecticut, she might have believed it was an accident, but too many pieces didn't fit.

As Emily heads across the pond for a scheduled tour of Lydfield's sister village, Lydfield-in-the-Moor . . . she discovers that the murderer may be closer than she thought. 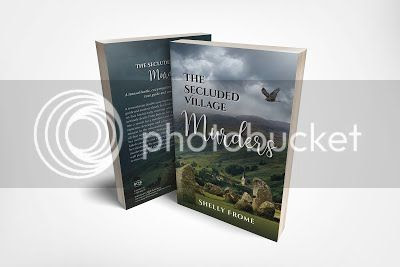 Picking up speed, she passed the rows of Victorian houses with their pilastered front porches and attached shutters in homage to last century’s Colonial Revival. She’d grown up here, always lived here except for college and her transatlantic jaunts. But at this moment, her village might as well be a scattering of old photos.

Before she knew it, the rain was beating down harder, her wiper blades barely able to keep up. Among the nagging questions flitting through her mind was how could Miranda Shaw have suddenly gotten wind of her leaking roof? Or   did somebody just put her up to it, to get Chris rushing pell- mell in the rain so he would . . .

Emily eased her foot off the pedal, barely able to see through the downpour. She switched the wipers on high and kept her eyes on the road, intent on avoiding an accident.

Minutes later, she pulled into Miranda Shaw’s place at a slow but steady crawl. As she reached the circular drive, straining her eyes through the thwacking blades, she peered up two stories above the stone archway.

There she caught sight of the familiar gangly figure climbing higher toward the peak of an eight-sided turret. At a point where the grayish-blue slate, copper flashing, and a mullioned window merged, the figure suddenly became a shuddering blur.

Emily honked her horn, blasting as loud as she could. But it was too late. The figure flopped over and slid down the turret, glanced off the aluminum ladder and toppled like a broken doll.

Shelly Frome is a member of Mystery Writers of America, a professor of dramatic arts emeritus at the University of Connecticut, a former professional actor, a writer of crime novels and books on theater and film. He is also a features writer for Gannett Media. His fiction includes Sun Dance for Andy Horn, Lilac Moon, Twilight of the Drifter, Tinseltown Riff, and Murder Run.  Among his works of non-fiction are The Actors Studio and texts on the art and craft of screenwriting and writing for the stage. Moon Games is his latest foray into the world of crime and the amateur sleuth. He lives in Black Mountain, North Carolina.