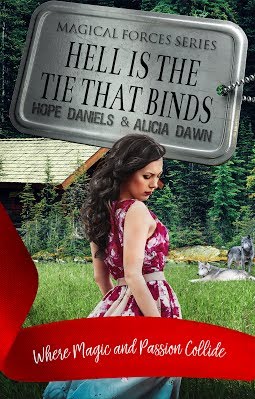 All is not well in paradise...

Zoey cannot forgive Pack Alpha Ryan for a wrong that hits too close to home. They’ve kept secrets from one another, but it hasn’t kept Zoey from wanting Ryan with the same intensity as day one. The question is, does Ryan still want her?

Ryan will keep his Pack safe above all else. He accepted the position of Alpha, and will now play his part. Even if keeping them safe means he has to get blood on his hands.

In a story of love and revenge, can two flames come together in a time of crisis and lead a Pack and a Coven to victory or will they burn so hot, they destroy everything they have created? 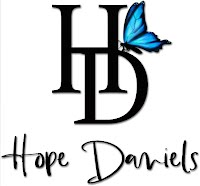 Hope Daniels:
International Best Selling Author Hope Daniels grew up in a small resort area in Michigan where she and her husband still live today. As the third child of four, she had an exhaustive imagination. From straddling the back-porch railing as a wild cowgirl, to saving the world as Wonder Woman complete with homemade bullet stopping bracelets. She was always taking what she read and making it as real as she could, now if she could just find the wolf shifter of her dreams…

Daniels loves to write in multiple genre which includes her short in the Amazon Bestselling Anthology Black Magic (A Women of Urban Fantasy Production), a Contemporary and YA short in the LDLInk Anthologies and a MM Gay Romance in the Encompass Ink’s All You Need Is Love Anthology, titled Always and Forever. She is also the co-author to the Magical Forces series books with Author Alicia Dawn. 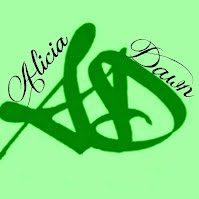 Alicia Dawn:
Your average 9-5 workalcoholic that took care of every day business. After 10 long years of having no life, outside of home and work, she found Facebook as so many others had. Always having the passion, since she was in the fourth grade, to read and write, she got drawn into the Role Playing world. Living, via roleplay, a place where stories picked up and continued on even after the book was done. This was a whole new world.
Loving that the stories, she had devoured and loved to read were now never ending. She became captivated by all the tales that others with the same passion created, and Role Played out on Facebook. Getting drawn into something that she had never done before, but always in back of her mind wished she could do, Alicia started Role Playing on Facebook in 2010, meeting Nikita Jakz along the way, and many other fascinating people.
After a year, she decided to be an adventurist and create her own characters. Not unlike what all authors do, when creating those awesome books that she had coveted and devoured when they came out. Joining a group of independent writers. A lot of voices were yearning to be wrote and she got busy working on letting them out!
With four books self-published in paranormal and one in young adult, she is working on a new paranormal series with writing partner Hope Daniels.