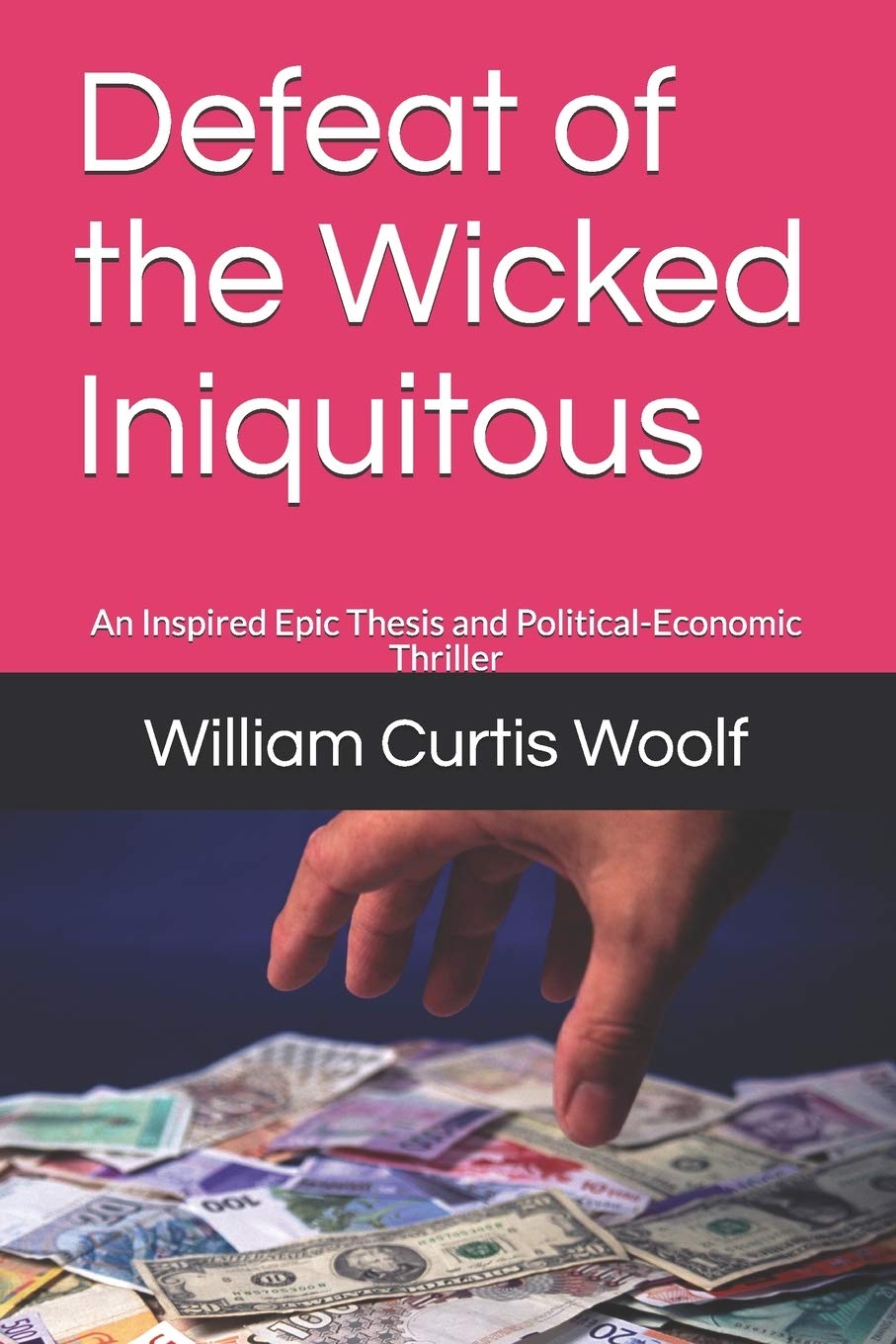 Defeat of the Wicked Iniquitous is a fictionalized illustration of the new Middle-Class Capitalism Economic System and the Independent People’s Global Enterprise. It is written and designed for reality, to non-violently revolutionize working and poor people’s own independent economic power, to build a prosperous, just, safe, clean, beautiful and peaceful new world.In the great Revolutionary War of Economic Independence, the Neo-Caps (the New Capitalists) are ferocious non-violent capitalist warriors. They are the People, the students and working-class owners, worldwide, of the Independent People's Global Enterprise. Together they crush the crony capitalist oligarchs, and the evil Trill Empire, forever. And the People rule the world !!!! 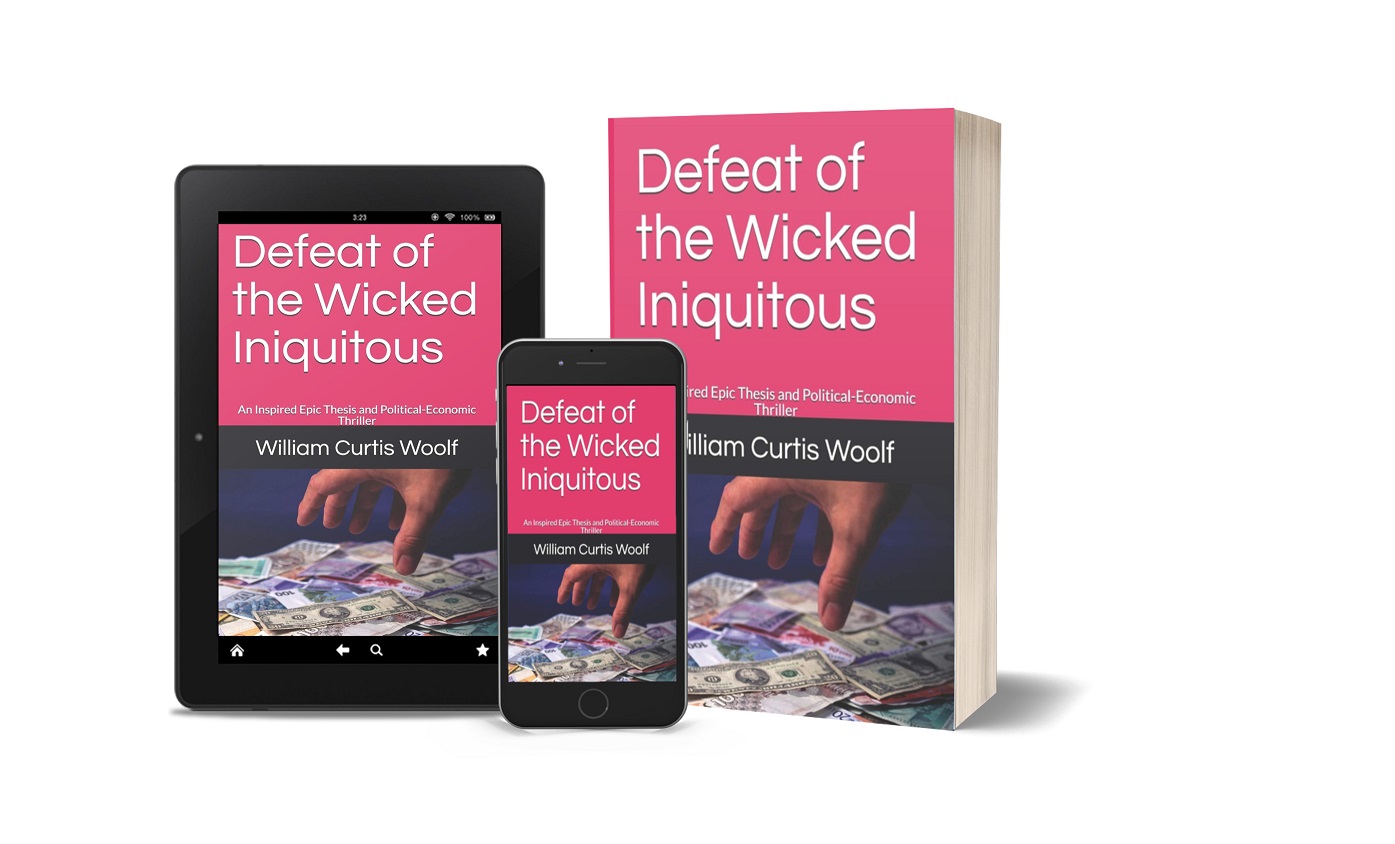 July 4 of the year 2030. The new capitalists or Neo-Caps, as they are called, celebrate all around the world in the most spectacular celebrations ever seen. Together they won the Great Revolutionary World War of Economic Independence. The Neo-Caps crushed crony capitalist plutocrats across the globe and now democratically control the global economy and their respective governments.

The Neo-Caps are the owners of the Independent People's Global Enterprise, larger than all the remaining giant corporations in the world combined. Neo-Caps independently control their own retail markets. The People's Enterprise defeated most of the largest retail corporations throughout the world in a very brutal economic war of capitalism, a battle that started on July 4, 2020, with the worldwide Declaration of Economic Independence.

The People became the new capitalists, officially incorporating their own powerful Independent People’s Global Enterprise. Through a decade of capitalist "warfare" they beat the retail crony capitalists at their own game. Together, all Neo-Caps are owners of the largest and most powerful corporations in the world. They have more influence over their governments than all former crony plutocrats combined.

As the new rich, the Neo-Caps have the power and systemic resolve to provide lasting prosperity, which in turn gives rise to justice and world peace. It's a beautiful new world. The question is: How in the world did the People, the Neo-Caps, do it?

The year was 2022. The Honored Guest couldn’t believe his good fortune. He was finally arriving at Trill Island, a place he could only imagine before and had always wanted to visit. He’d been briefed that his coming and going would be conducted with the utmost of discretion, and that is why his bodyguards had been instructed to stand down for the day. It all worked out very smoothly.

The Guest watched in wonder as the cloaked island appeared and its waterfall entrance parted to let his chopper into the Trill Island landing pad. What a wonder of technology! He disembarked and was immediately escorted to the dining area where all the Trills were assembled around a long table. The Guest was seated and took a quick head count, assessed who was among them and noted a few surprising faces. Since he surely had been invited to become one of them, he would be Number 14. The Guest thrilled at the thought, with goosebumps running up and down his spine.

The thirteen Trills had apparently just finished a lavish feast; servers were clearing plates and refreshing wine glasses, and not one offered him a dish. Odd . . . Ah, here it comes. He was served a layered chocolate concoction and a glass of bubbling spring water. As he ate a few luscious bites and drank a few sips, the Trill to his right began to speak in a loud and decisive tone: “You’ve been invited here today as our guest of honor. Welcome.”

The chocolate mousse thing was really delicious, and the Guest could feel each heavenly bite on his palate. He felt warmed by its yumminess. The Trill continued: “We are well aware of your recent and past financial losses. Your many foul schemes have taken a major toll on our own positions, exposing many of us to losses beyond any measure we’ve ever before endured.”

Was he hearing this correctly? It almost sounded like he was being reprimanded. And Jeez Louise, was he ever feeling a warming sensation! He stopped eating, took a large gulp of his spring water, and looked more directly at the speaker, who paused at length before he continued: “Because of your errors of judgment and flagrant disregard for those who made it possible for you to attain your positions of power, both in government and personal wealth, we sentence you to a sacrificial event on the sacred Trill altar. Follow me!”

The Guest did his best to respond to the speaker, but no sounds came out of his slack-jawed mouth. Nor could he even stand on his own feet. But it needn’t have worried him, as he was aided to do so by two well-muscled manservants who stepped forward and took him from his place at the table, one holding each arm. . . 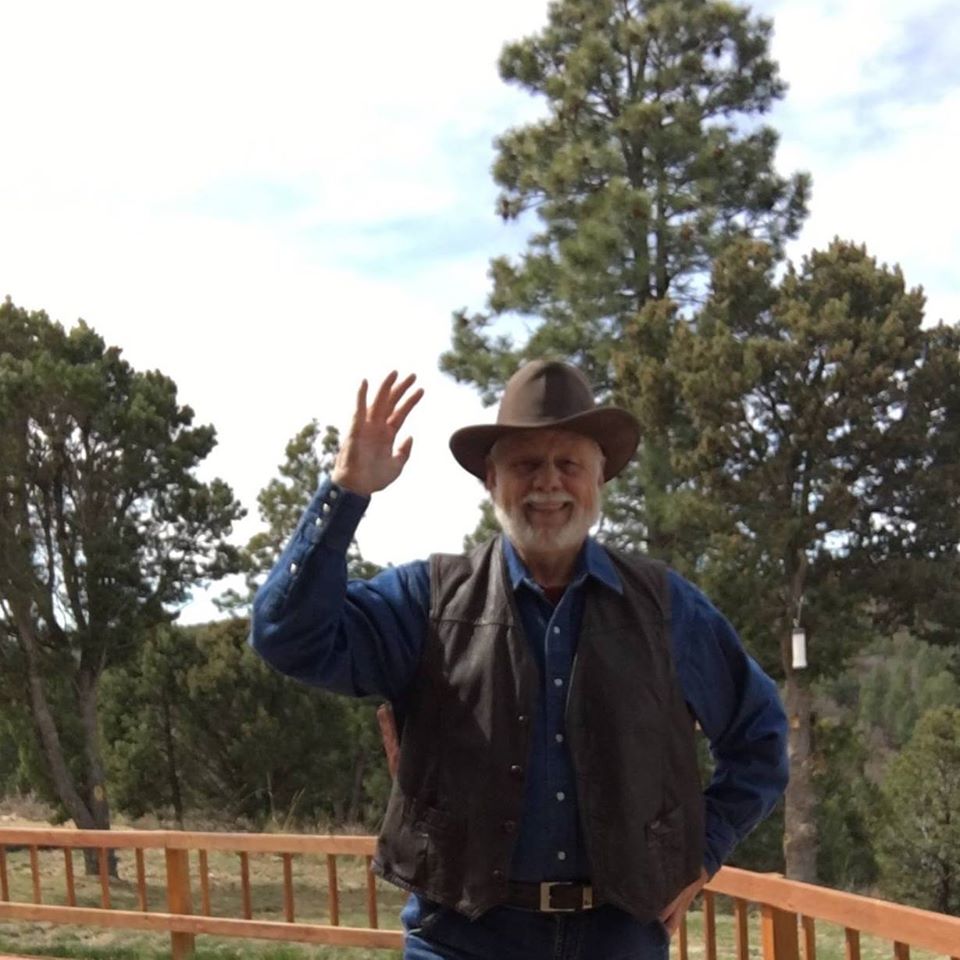 Born in 1948, Curt is the oldest of seven children. He lived in Japan where his father was stationed during the Korean War. He then lived in Carlsbad, NM, and later in Dallas, Texas, where he witnessed the shooting death of President John F. Kennedy .

Curt served in the US Army Dental Corps, after which he worked as a pipe fitter and welder.

He and his wife had three children and later divorced.

Curt held the position of City Planner and Zoning Administrator for Las Cruces, NM; he was the Assistant City Manager for Alamogordo, NM; he served as the Chaves County Manager, Roswell, NM; he became the CAO of the New Mexico Transportation Department, managing a $2 Billion annual budget.

In 2000 he retired from New Mexico State government. Curt then co-founded and developed KidsKare PC Family Dentistry, working as CAO. KidsKare is one of the largest New Mexico networks of dental clinics.

For over a decade, since the 2008 economic collapse, Curt worked passionately on developing the concept of Middle-Class Capitalism, a sound strategy for creating greater wealth and self-sufficiency among all economic classes, utilizing the capitalist tools of trade already at our disposal.

Quoting Curt: "By following the carefully constructed wealth-building methods outlined in this book and on my website, we will demonstrate to the world how all seven billion humans can live sustainably and responsibly as owners of our own international corporations and businesses, large and small."