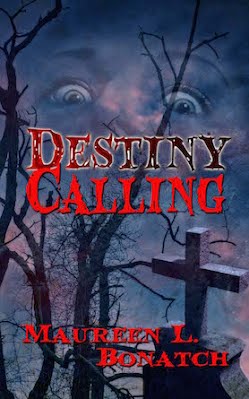 Hope only wants to find out if her ability to infuse euphoria or despair with her touch makes her the devil's spawn, or his exterminator. But when the woman who raised her is murdered by something not human, she loses the only family she knew and discovers one she might wish she hadn’t.
Drawn back to the hometown she vowed never to return to, her ability is seen as an asset to everyone but Hope, and she doesn't know who to trust. Her family wants her to help them overcome an enemy oppressing the human population, while the man of her dreams is courting her for the Underworld.
Time is running out, and Hope’s choice may be made for her, as she discovers she’s a pawn in a bigger game played by a merciless ruler who doesn't lose.

#1 – Do You See Writing as a Career?
Absolutely, because I treat it that way by prioritizing my day to ensure I have time to get my butt in the chair and write. I also continue to take classes, because just like a career, there’s always more to learn and become better at what I do.

#2 – What was the Hardest Part of Your Writing Process?
The hardest part is editing. It’s not that I mind editing (well…not that much J), it’s more that as a perfectionist, it’s hard to stop.

#3 – Did you have any One Person Who Helped You Out with Your Writing Outside of Your Family?
I’ve been lucky enough to gain a critique partner who has become a friend and one of my biggest cheerleaders. Since Anne is also a writer, it’s wonderful to have someone to share the frustrations and joys of the writing process.

#4 – What is next for your writing?
I’m in the midst of edits for my next novel with The Wild Rose Press titled, Grandma Must Die. It’s a humorous paranormal romance.

#5 – Do you have an addiction to reading as well as writing? If so, what are you currently reading?
I’ve always been an avid reader and had been a one-book-at-a-time kinda gal, but in the last few years I’ve found myself reading several books at once to try to get in as many stories as possible. Right now I’m reading The Undead Pool by Kim Harrison, Ancient Awakening by Barbara Edwards and Shadow of the Night by Deborah Harkness.

DESCRIBE Your Book in 1 Tweet:
Is the man Hope can touch without consequence a dream come true, or a nightmare beginning? DESTINY CALLING #PR http://ow.ly/JGOCa

#10 – eBook or Paperback? eBook (but I still adore my paperbacks!) 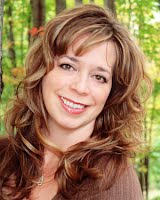 Growing up with four siblings had Maureen familiar with escaping into a good book, or the recesses of her mind. She realized later in life everyone didn’t have characters telling stories in their heads, or weren’t envisioning magic and mayhem within the everyday. This, and long walks in the beautiful state of Pennsylvania spawned a love of writing.
Since her desire to become a Solid Gold Dancer was thwarted when the show was discontinued, Maureen opted to pursue other paths. Attempting to conquer new endeavors proved fruitful with her first novella, while other attempts, such as challenging a fear of heights with parasailing, were unsuccessful.
Therefore she’s chased other interests, though none-the-less-daring, but closer to the ground, such as belly-dancing, becoming a self-proclaimed tequila connoisseur, fulfilling her role as biker babe to her alpha hubby and surviving motherhood to twins (so far).
Penning stories boasting laughter, light suspense and something magical in the hope of sharing her love of finding the extraordinary in the ordinary world.
Twitter
Blog
Website
Facebook
Goodreads