Tour Kick Off: Star Rider: On the Razor's Edge by @heidiskarie 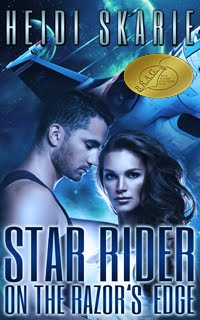 Undercover operative Toemeka Ganti, code-named Star Rider, lives on the edge.
Her latest mission is to overthrow the despot of Jaipar, General Bhandar. His protection comes from sorcerer Samrat Condor, an interplanetary conqueror whose space fleet destroyed Toemeka’s home planet and killed her family years ago. And Condor isn’t about to lose his stranglehold on Jaipar.
Making matters worse, Toemeka must preserve her cover while secretly developing an oscillator, a shield-destroying device wanted by both sides. All this must be accomplished under the watchful eye of her boss, Commander Rochambeau, who is pressuring Toemeka to become his mistress.
Accompanied by her Coalition team and trusted partner Erling Fenian, Toemeka bands with the local underground resistance and Michio Kimes, a handsome spiritual warrior trained to fight sorcery. Together they must battle to free the people of Jaipar and restore its rightful heir to power. 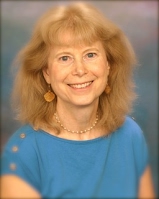 Heidi Skarie's life as a writer began when she had a dramatic dream about a futuristic world at war. The vivid dream was like watching an action/adventure movie. Excited about the dream, she recorded it upon awakening. That night the dream continued where it left off. After six nights, Heidi had a hundred-page journal recording the series of dreams. This awakened her interest in writing, which continues to be one of her greatest passions today. Heidi is a visionary author who writes science fiction and historical fiction novels.  Her novels are a an exciting blend of action, adventure and romance, featuring strong, spiritually inquisitive heroines. Star Rider on the Razor’s Edge is her first science fiction novel. She previously published Red Willow’s Quest, a historical novel based on a past life, about a Native American girl training to become a medicine woman.