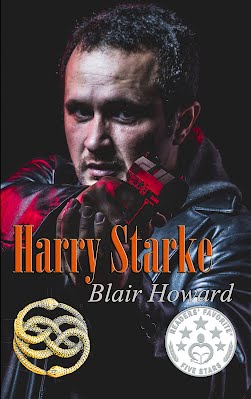 Why Did Tabitha Willard Throw Herself off the Walnut Street Bridge?
It's almost midnight, bitterly cold, snowing, when a beautiful young girl, Tabitha Willard, throws herself off the Walnut Street Bridge into the icy waters of the Tennessee. Harry Starke is there, on the bridge. Wrong time, wrong place? Maybe. He tries, but is unable to stop her. Thus begins a series of events and an investigation that involves a local United States congressman, a senior lady senator from Boston, a local crime boss, several very nasty individuals, sex, extortion, high finance, corruption, and three murders. Harry has to work his way through a web of deceit and corruption until finally.... Well, as always, there's a twist in the tale, several in fact....
Harry Starke is a hard-boiled private detective, an ex-cop, a tough guy from right side of the tracks with finely tuned senses, good instincts, and friends in high places. He’s single, successful, well educated, and yes, he will hurt you if he needs to.

Blair Howard is from a small town in England, near Stratford-upon-Avon, on the edge of the English Cotswolds. He is Kentucky Colonel, an honor bestowed upon him in 2008 by the then Governor of the Commonwealth of Kentucky, Steven L. Beshear. Until 2015, he wrote sweeping historical epics, and is the author of five historical novels. In July of 2015 he decided to try his hand at writing mystery novels, thus we have Harry Starke. The first in the series, Harry Starke, was released in mid-September 2015. The second novel, Two for the Money, was released October 19 the same year, Hill House, in mid-December 2015, and Checkmate in February 2016, and there are more to come.
Blair is the author of more than 40 books, including the Harry Starke series and five novels of the American Civil War. More than 4,500 magazine, newspaper, and web articles. His work has appeared in many national and international publications, including Delta's Sky Magazine, PHOTOgraphic magazine, The Mail on Sunday, The Walking Magazine, Petersen's Hunting Magazine, The Boston Herald, The Detroit Free-Press, The Anchorage Times and many more.