Tour Kick Off: Into Darkness by @Hayley__Barrett #giveaway 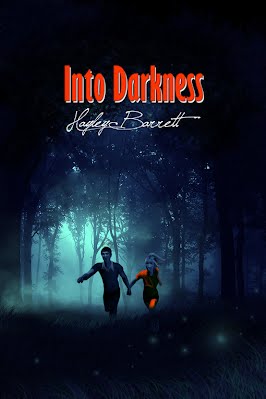 She is however, supposed to be the daughter of the wealthiest, most influential man in the post-apocalyptic city of New Phoenix.

But apparently, she isn't.

As Alex struggles to cope with her new life in Elder Grey, an act of friendship ends in tragedy. When someone she thought was an enemy pulls her from her despair, Alex discovers that old friends cannot be trusted, prejudice is another word for fear, and trust, not blood ties, make a family.

#1 – Do You See Writing as a Career?
I’d love it to be but it’s still early stages for me, so at the moment, no. But hopefully sometime in the near future I might be able to answer that question with a “yes”!

#2 – What was the Hardest Part of Your Writing Process?
Editing!

#3 – Did you have any One Person Who Helped You Out with Your Writing Outside of Your Family?
When I was writing Into Darkness, I had a mentor – Sonny Whitelaw. She is a published author and she helped me hugely with my first novel.

#4 – What is next for your writing?
I’m currently writing something totally different – it is still a young adult book, but it is historical fiction. I’m almost through editing on that, and once it’s done I’ll write the final installment in the Darkness series.

#5 – Do you have an addiction to reading as well as writing? If so, what are you currently reading?
Love to read! I’ve just started Scarlet by Marissa Meyer. I loved Cinder, so here’s hoping this one is just as good.

DESCRIBE Your Book in 1 Tweet:
From Princess to prisoner. Convicted by her father of a crime she didn’t commit; how will fifteen-year-old Alexandra Spencer survive in a prison where so many don’t?

#10 – eBook or Paperback? Hmmm – this one is tricky. Can I say both? (Currently reading on my Kindle though, so maybe eBook!)

Hayley Barrett began writing in the aftermath of the devastating Christchurch earthquakes of 2010 and 2011 as a way of escaping from the ongoing terror of the natural disaster. She spends a little time each day writing and can often be found at her local library wearing headphones and with a lap top attached to her hands.
Hayley lives in Rolleston, ten minutes south of Christchurch, New Zealand, with her husband and three children. When she isn’t driving her kids to their sports practices, games and other after school activities, she enjoys playing squash, relaxing in the sun and reading. Most days she wishes there were more hours available to spend writing.