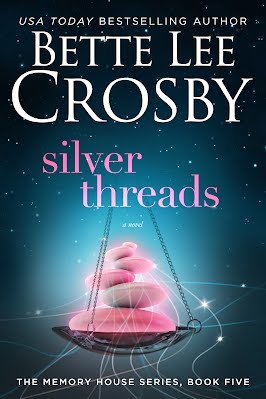 
On the day Jennifer Green was born a pile of stones was placed alongside her scale of life. A few were the dark gray of sorrow, but most were a pale blush color. The largest stone was the rose hue of a sunrise. That one would be placed on the scale the day she married Drew Bishop. Even more brilliant but a wee bit smaller was the pink stone glistening with specs of silver. That one would bring Jennifer a baby girl named Brooke. The Keeper of the Scale smiled. Seeing such happiness laid out before him was pleasing to his eye.

Since the beginning of time, he and he alone has been challenged with the task of keeping each person’s scale in balance. A bit of happiness and then a small stone of sorrow, until the lives he has in his charge are measured evenly.

You might think such power is universal, but it is not. There are silver threads that crisscross the landscape of scales and connect strangers to one another. Not even the Keeper of the Scale can control the events traveling through those threads; the only thing he can do is try to equalize the balance once it has been thrown off. There is nothing more he can do for Jennifer; now he must find the thread that leads to Drew if he is to have the love he deserves. 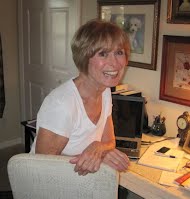 Award-winning novelist Bette Lee Crosby brings the wit and wisdom of her Southern Mama to works of fiction—the result is a delightful blend of humor, mystery and romance along with a cast of quirky charters who will steal your heart away.
(cont.)
“Storytelling is in my blood,” Crosby laughingly admits, “My mom was not a writer, but she was a captivating storyteller, so I find myself using bits and pieces of her voice in most everything I write.”
Crosby’s work was first recognized in 2006 when she received The National League of American Pen Women Award for a then unpublished manuscript. Since then, she has gone on to win numerous other awards, including The Reviewer’s Choice Award, The Reader’s Favorite Gold Medal, FPA President’s Book Award Gold Medal and The Royal Palm Literary Award.
Crosby originally studied art and began her career as a packaging designer. When asked to write a few lines of copy for the back of a pantyhose package, she discovered a love for words that was irrepressible. After years of writing for business, she turned to works of fiction and never looked back