Tour Kick Off: The Twilight Tsunami by @shelbyfiction 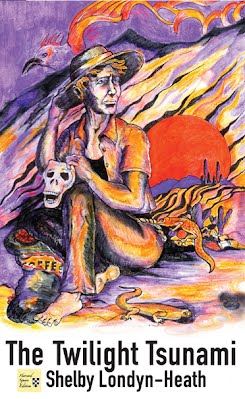 Grey and his co-workers find themselves in dangerous situations every day at work. Their social services jobs require them to confront irate parents who are on drugs or who are mentally unbalanced. Grey is a long-time social worker, one who is not afraid to snatch newborn babies from glazed-eyed mothers or grab abused children out of classrooms, to place them in foster care. But something happens to Grey, something he cannot put into words as he struggles to cope.


When a new co-worker enters the department, she secretly strategizes ways to force Grey out of his job. He senses her ploy and his stress intensifies. He grows increasingly head-strong and defiant, but he fails to stop her from delivering the final crush in an unexpected, malevolent manner
To challenge his co-worker, Grey must find his inner truth and his co-worker’s "Achilles Heel" in order to rise up to conquer her.   One of them must be transformed or destroyed 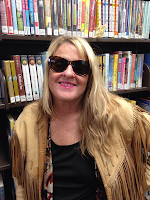 Shelby Londyn-Heath has been a world-traveler, crossing the Sahara Desert on the back of a salt truck, working on banana plantations in Spain, an oil company in New York, and on coffee farms in Hawaii. She has jumped freight trains across the United States, and she was the proud owner of a beachfront bamboo hut on the Canary Islands. She has worked as a counselor, social worker, and teacher