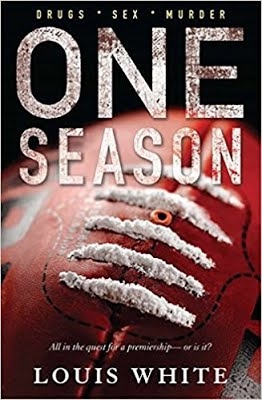 Angelo Astone has just been recruited by the Tassie Devils to play in the National Australian Rules Competition. The 18-year-old from country Victoria is about to fulfil his life’s dream of playing professional Aussie Rules, however, trouble awaits in unforeseen ways.

Todd Thomson, the club captain and one of the best players in the competition, has a drug problem and is grooming young players to sell for him. Off the field, the club is $20 million in debt and a boardroom crisis is looming as opposing powers struggle to get their way. Two of the board members, Wang Li and Rahul Patel, from China and India respectively, not only want to buy the club outright but also want to host a NARC match in their home country and will do anything to get that opportunity.

One Season depicts one topsy-turvy ride of a professional sporting club who think the only boundaries that exist are the ones marking the oval. 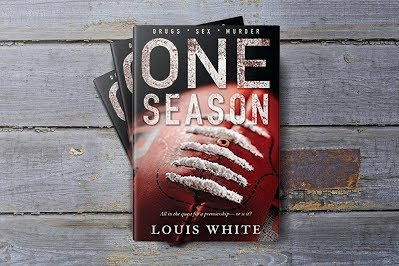 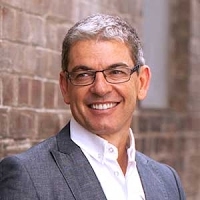 Louis White is an established freelance journalist who resides in Sydney, Australia. Throughout his career he has contributed to leading publications such as The Australian, The Sydney Morning , The Age and The Australian Financial Review newspapers, along with other prominent consumer magazines and websites.

While living in the United Kingdom, Louis White wrote articles for The Times, The Guardian and Financial Times newspapers. He also completed an Executive MBA from the Cranfield School of Management.

He has covered a wide variety of subject matter in his reporting, though his passions lie in the areas of business and sport. In this novel, One Season, he has managed to successfully combine both.