Tour Kick Off: The Variant Conspiracy Trilogy By @chris_a_hart

Irina Proffer leaves home to follow creepy visions inspired by odd tarot cards. In BC’s capital, she uncovers a world of fringe genetic science and supernatural mystery. A job that feels too good to be true and a powerful first love almost derail her, but the conspiracy she encounters is terrifying and undeniable.
An engineered earthquake overshadowed by a planned Armageddon forces Irina and her friends to travel south. Their investigation launches a journey that takes them through the Pacific states, into the Mojave Desert, and through a mind-bending portal to London – all while Irina’s love fights for his life.
As the group faces a vicious pandemic virus, they race south again, this time chasing a timeless evil through Europe and Africa. When they finally confront a demonic alien outside a Nairobi slum, it costs them everything as they fight to stop the end of the world. 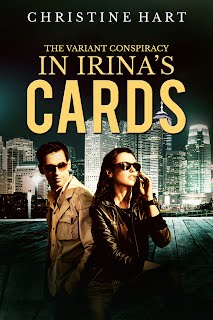 Irina Proffer leaves mundane small-town life behind when she experiences visions inspired by a strange deck of tarot cards. To get answers, she travels from her northern British Columbia home to the province’s coastal capital. She quickly discovers a world of fringe genetic science and supernatural mystery.

Working for Innoviro Industries, Irina is drawn in by a powerful first love and compelling, yet dangerous questions about the nature of the company’s business. Meeting other ‘variants’ brings Irina closer and closer to the dark truth about her origins. She finds herself at the heart of two overlapping love triangles as she scrambles to escape her employer’s grip.

Before she leaves the city, Irina realizes she has merely scratched the surface of a frightening conspiracy on a global scale. 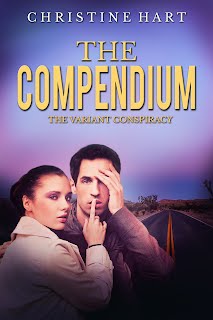 Irina and her renegade variant friends are scrambling to pick up the trail of their former employer, Ivan, and his globally catastrophic scheme. After strategically sharing their story with the media, the group heads south from Vancouver to Seattle hoping to recruit more experienced—and lethal—variants to their cause.

Their attention develops a laser focus on an engineered disaster mere days ahead of them. Ivan is using what staff and resources remain of Innoviro Industries to set off a violent earthquake in San Francisco. While they fight to stop the earthquake, Irina pushes the love of her life Jonah as far away as she can, trying to keep his unstable genetic degradation in check.

Irina’s friends think they’ve seen the worst that Innoviro could bring forth by the time they reach a secret facility in the Mojave Desert. As they near the property, the group uncovers a horror none of them had ever imagined. 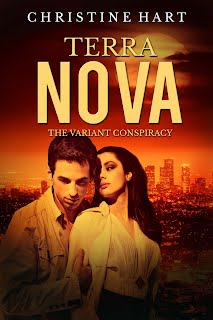 The end of the humanity and an unrecognizable future Earth are now days away. After their first glimpse of the Terra Nova virus, Irina and her variant friends know their former employer’s plans are almost at hand. Their failed attempt to publicize Ivan and Innoviro Industries’ horrific activities has left them utterly reliant on their own wits and weapons.

After surviving a catastrophic earthquake in San Francisco and destroying a secret viral testing facility, Irina’s crew has traveled by a variant portal to London. On the other side of the world, they begin tracking when and where Terra Nova will be unleashed on the world. They know stopping Terra Nova is only the beginning of unraveling Ivan’s plans to reinvent the planet, but if they can’t stop this virus, there will be no one left to save.

Located on BC’s beautiful West Coast, Christine writes speculative fiction for YA & NA readers.  She has an undergraduate degree in writing and literature, a corporate background in communications and design, and an Etsy alter-ego named Sleepless Storyteller. Christine shares her eclectic home and lifestyle with her metal working husband, dancing daughter and rocket enthusiast son.