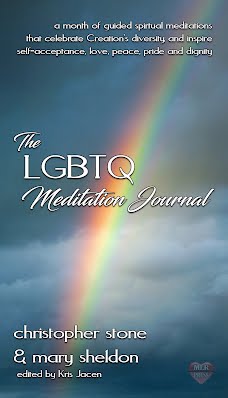 For the fourth in their highly successful series of guided meditations books, Christopher Stone and Mary Sheldon focus upon the LGBTQ Community, offering a month's worth of contemplative spiritual adventures to enhance confidence and tranquility while inspiring self-acceptance, love, peace, pride, and dignity. Edited by Kris Jacen, the book explains the process of focused attention known as meditation and it offers a simple relaxation technique to induce a meditative state of mind. 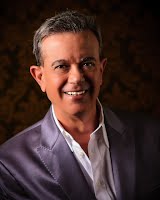 Born in Bronx, New York, and raised in Fresno, California, Christopher relocated to Hollywood, California, at age twenty-one, after being accepted into a Writers Guild of America, West, scholarship program for young writers.
Four months later, he was hired as Los Angeles Editor for Stage Door, Canada’s weekly entertainment trade weekly. Christopher went on to become a regular contributor to many of America’s most popular print publications, writing hundreds of entertainment and lifestyle features, interviews, and reviews.
He became a member of the Los Angeles Drama Critics Circle, and many of his stories were syndicated worldwide by the New York Times Syndication Corporation.

Christopher’s first book, Re-Creating Your Self was a national hardcover bestseller and he has subsequently co-authored three previous Meditation Journal books with Mary Sheldon.

He has also written three novels.

Mary Sheldon, the daughter of novelist Sidney Sheldon and actress Jorja Curtright, was educated at St. Clare’s Hall in Oxford and Yale University and graduated from Wellesley College with honors in English.  She is the author of ten novels, including Halfway Home, Reflection, Pandora Brown, and  Perhaps I’ll Dream of Darkness, for which she received a Brandeis literary award.  Her nonfiction work includes the Meditation Trilogy, which she coauthored with metaphysical teacher Christopher Stone.  In addition, she has written over a dozen children’s audio books including I Am America(featuring the voices of President and Mrs. Bush, President Nixon, President and Mrs. Ford, and Mrs. Carter, as well as numerous internationally renowned actors,) which won a Children’s Book Choice award, and Audrey Hepburn’s Enchanted Tales, which was honored with a Spoken Word Grammy Award.
Mary is married, with two daughters, and lives in southern California.

Posted by Anonymous at 9:10 AM