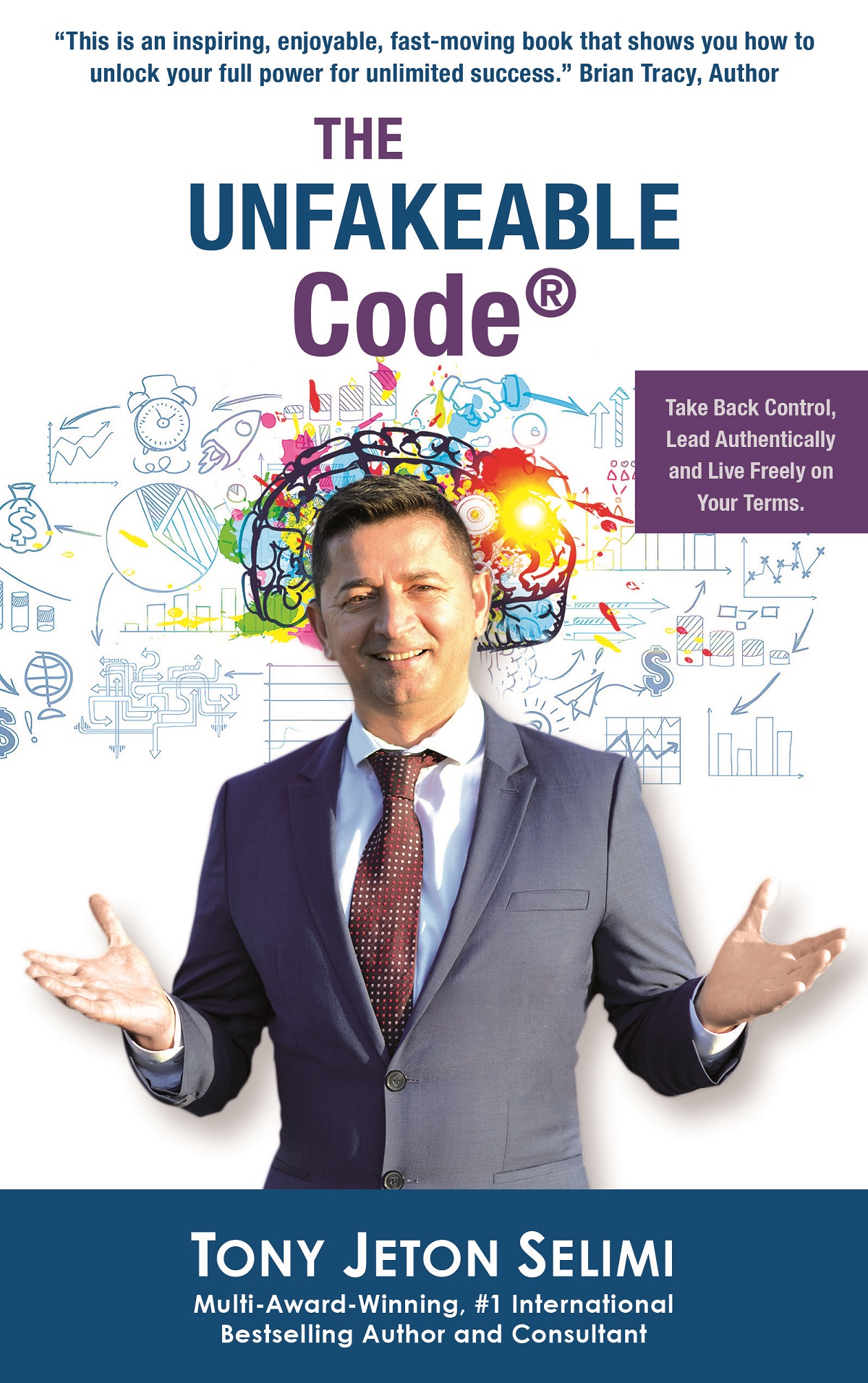 Take Back Control, Lead Authentically and Live Freely on Your Terms

"A life manual that gives you valuable insights into the science of changing your mindset that will transform your existence." Marie Diamond, a star from The Secret

The Unfakeable Code® is much more than a simple self-help guide that eloquently explains how perception is merely the tip of the iceberg in how we experience life and its nature. He guides readers through a five-step method to dissolve the detrimental beliefs, energies, skewed perceptions, and habits gathered through our transient persona's experiences and gained passive knowledge while simultaneously bestowing the wisdom of life's true secrets and how they operate within us and our environment - a life process that regularly occurs, but mostly goes unseen due to the distraction, obstructions, and noise in our lives.

• Stop being a people pleaser.

• Use your emotions intelligently.

• Infuse your life with freedom. 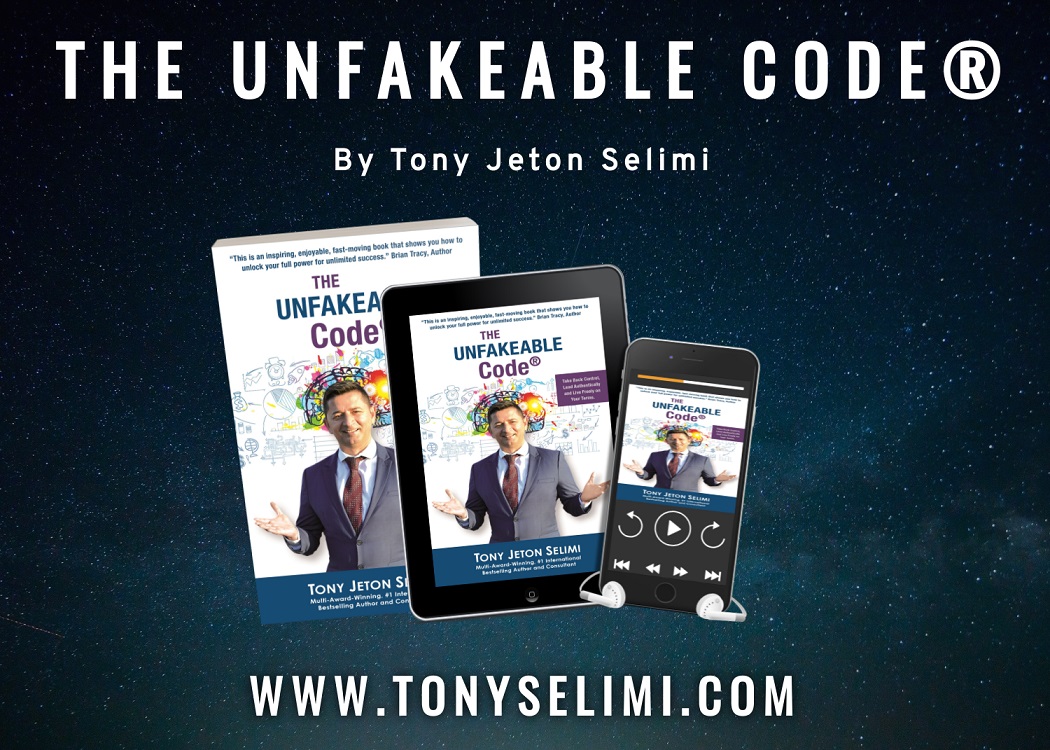 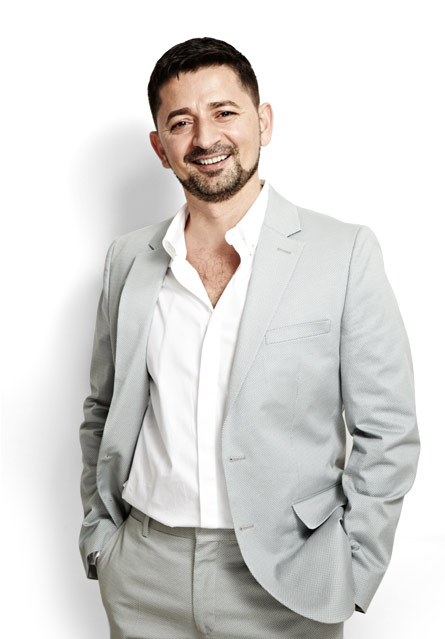 Tony J. Selimi was not so fortunate. Born in Gostivar, a small town in the Republic of Northern Macedonia in 1969, Tony was born and raised by a hard-working family in a society where Albanians were frowned upon, mistreated, and were not given equal opportunities. Furthermore, he saw his mother, sisters, and many other women subjected to physical, emotional, and mental abuse. At the age of five, he was sexually abused, then at nine, he was strike by an illness that left him hospitalised for over two years. If that wasn't enough, as he continued his education, he was bullied for being overweight and of a different creed. Just as he started to study at one of the best engineering universities in Zagreb, Croatia, he was conscripted by the Yugoslav army and forced to fight in the Civil War, which claimed over two-hundred thousand casualties and displaced over One Million people.

He moved to London in 1990 at the age of 20 to find a haven from the civil war's atrocities in which he had to fight. As a result, Tony's childhood and teenage years were highly stressful, having witnessed injustice, explosions, bombings, and other disastrous violence in his home country, leading him to find creative outlets to alleviate the stress of his upbringing and focus on excelling in every school he attended in pursuit of answers to life's greatest mysteries. Like a phoenix rising from the ashes, Tony went on from living penniless on the streets feeling alone, broke and desperate, graduating from one of the top four UK engineering universities, excelling in the corporate world, and successfully delivering multi-billion-pound technology and people transformation programs.

His equally harrowing and extraordinary life journey gave birth to a masterful global educator and a British of an Albanian decent visionary who is now an internationally renowned TEDx and Professional Speaker, Business Consultant Specialising in Human Behaviour, Emotional Intelligence, and Self-Mastery.

Thousands of people from all walks of life have sought his help to break through mental imprisonment, addictions, phobias, and limiting beliefs, so they awaken their inner leader, maximise their human potential, and reach higher personal, professional, and business achievements.

Tony's integrated and holistic work is sought by Fortune 500 CEOs, Entrepreneurs, Scientists, Doctors, Royalty, Film and TV stars, and Politicians, to name a few. Organisations seek their help to clarify their vision, mindfully educate and empower their leaders, and instil mental health and well-being strategies to elevate the team's spirit, leading to increased productivity and performance and ultimately growing sales.

As a seven-times international bestseller of his Multi-Award-Winning books, A Path to Wisdom, #Loneliness, Fit for Purpose Leadership #3, the just-released The Unfakeable Code® and the upcoming books A Path to Excellence® and The Unfakeable Genius®, he now travels the world providing practical solutions to life's challenges with his talks, workshops, seminars, one to one coaching programs and Vital Planning for Elevated Living mastermind retreats.

As a speaker, using his broad knowledge and experience, he educates and inspires various audiences with his enlightening perspectives, humorous metaphors, and a heart-illuminating personal journey. He uses his one-of-a-kind values-based strategies to help people create the life outcomes they intuitively know they deserve.

His work also includes Films and Documentaries, such as the Multi-Award-Winning Living My Illusion on Amazon Prime, inspirational content for Newspapers and Magazines, and has appeared on over 700 radio and TV stations across the world, including interviews by Royal Correspondent Ian Pelham-Turner, Besim Dina on Oxygen TV, Rudina Magjistrati, Top Channel Albania, by Jack Canfield and Brian Tracy in America and on SKY, ABC, NBC, CBS and FOX reaching over 100 million viewers, listeners and readers worldwide.

He just released his most anticipated Book of 2021, The Unfakeable Code®, which promises to be the first British Author of Albanian origin to enter the New York Times Bestselling Author List in 2021.

Tony's global transformative work and a mission to positively impact One Billion people's lives was recognised by The London SME Awards, selecting him as the winner of The Most Visionary Entrepreneur 2020.

He is known for leaving people feeling certain, empowered, and worthy of a billion.