Tour Kick Off: All We Really Need is Love by @MainlineLeRon #giveaway 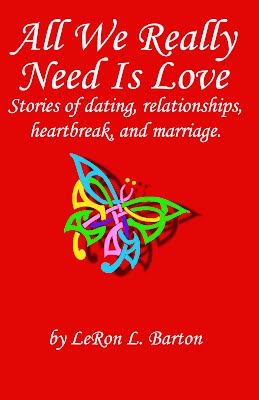 All We Really Need Is Love ponders the questions: How is love found, how love is kept, How love is lost, and How love is found again. In this book you will read stories from people in all walks of life in all different types of relationships – straight, LGBTQ, interracial, long distance, and more. Listen as a teenager shares the excitement of a first love, the nervousness of a long time boyfriend proposing to his girlfriend, a determined woman traveling thousands of miles to be with that special someone, and when a young man realizes he met his soul mate. Love is not all roses though, as the book explores why relationships break apart with stories of betrayal, divorce, and heartache. All We Really Need Is Love offers an honest look into relationships and how people feel about love. 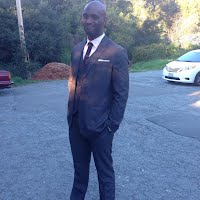 LeRon Barton (1978 – ) was born in Kansas City, Mo. Encouraged by his Mother to write, he attended Paseo Academy Fine Arts High-school to hone his craft. Mentored by famed writer Stan Banks, Barton began to write and recite poetry in KC and contribute to an underground zine. Graduating from high-school in 1996, Barton would continue to write and commit petty crime until 1999, when he would attend college in San Diego, Ca, and return to KC the following year. In 2005 after being laid off from a telecom company, Barton returned to San Diego and began writing screen plays and volumes of poetry. In 2010, he created “Windowshopz.com,” a website that featured writing, music, fashion, travel, and movies. He would also start what would become, “Straight Dope.” After a turbulent 2012, Barton relocated to The Bay Area and started, “Mainline Publications,” an online publications firm that would release controversial works. The first project, “Straight Dope: A 360 degree look into American drug culture,” a book about how drugs are intertwined into American life, was released in February 2013. All We Really Need is Love, a collection of love stories was released in Nov 2015. LeRon’s writing has appeared on websites such as The Good Men Project, Salon, Those People, Gangsters Inc, Gorilla Convict, Black Millennials, and The Elephant Journal. You can contact him on Twitter