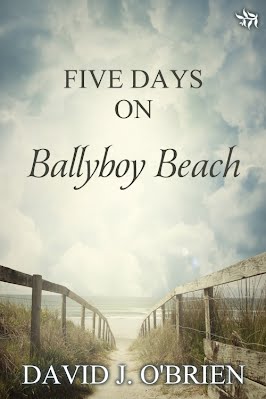 A startling revelation - the long-time friend you never viewed romantically is actually the person with whom you want to spend the rest of your life.

But what do you do about it?

For Derek, a laid-back graduate camping with college friends on Ireland's west coast in the summer of 1996, the answer is … absolutely nothing.

Never the proactive one of the group - he's more than happy to watch his friends surf, canoe and scuba-dive from the shore - Derek adopts a wait and see attitude. Acting on his emotional discovery is further hindered by the fact he's currently seeing someone else - and she's coming to join him for the weekend.

As their five days on the beach pass, and there are more revelations, Derek soon realises that to get what he desires, he'll have to take it. Events conspire to push him to the forefront of the group, and, as unexpected sorrow begins to surround him and his friends, Derek grasps his chance at happiness. After all, isn’t life too short to just wait and see?


Muse It up Publishing 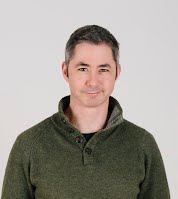 David J O'Brien was born and raised in Dun Laoghaire, Ireland. He studied environmental biology and later studied deer biology for his PhD, at University College Dublin. Instead of pursuing his life-long interest in wolves and predator-prey interactions, after completing his doctorate, he taught English in Madrid, Spain, for four years while his girlfriend finished her doctorate in molecular biology. They married and moved to Boston, USA, so his wife could pursue her career and David decided that teaching was a vocation he was happy to continue. After seven great years teaching Biology at Boston's Cathedral High School and Zoology at Bridgewater State College, he returned to Spain three years ago so his wife could set up her new research group in her hometown of Pamplona shortly before their daughter was born. He currently teaches English and science in Pamplona, while looking after his daughter and writing.

David has loved writing since his teens. He began with poetry and had one of his first poems published in Cadenza, a small Dublin poetry magazine at the age of fourteen. Since then several more have been published in journals and anthologies such as Albatross, The Tennessee State Poetry League, Poems of Natureand various anthologies of Forward Press imprint in Britain. He began writing fiction soon after and wrote the novella that would later become his first published book, Leaving The Pack at the age of seventeen. Though his academic writing took precedence for a number of years, and he is still involved in deer biology and management, he kept writing other things in his spare time and has always dreamt of one day being able to do it full time. While living in Madrid, he wrote some non-fiction articles for the Magazine Hot English and while in Boston for the newspaper Dig.

An avid wildlife enthusiast and ecologist, much of David's non-academic writing, especially poetry, is inspired by wildlife and science, and he sometimes seeks to describe the science behind the supernatural. His second and third novels, Five days on Ballyboy Beach and The Ecology of Lonesomeness were also published by Tirgearr Publishing, and his Young Adult paranormal novel The Soul of Adam Short was published in October 2015 by MuseitUp Publishing. His children's book, Peter and the Little People will be published early in 2016.
Under the pseudonym JD Martins, he has published two erotic romance novellas, One Night in Madrid and One Night in Pamplona.
David is currently working on the two sequels to Leaving the Pack to complete the Silver Nights Trilogy. He is also plugging away at a long novel set in the pre-Columbian Caribbean, and a non-fiction book about the sociology of hunting.