Tour Kick Off: Gracie, Dead or Alive by @sofiadianagabel 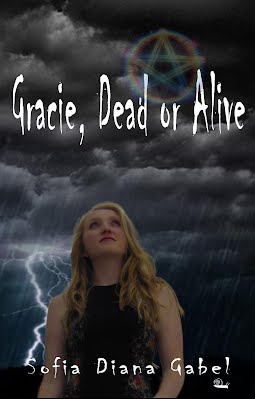 A story of the living, the undead, magic, betrayal, love, more betrayal, and blueberry pancakes. Gracie Daniels has it all. She’s young, pretty, in love and about to graduate from the University of Southern California, but her world is turned upside down when she wakes up, dead, in the morgue. But that’s only the beginning of Gracie’s new undead life. She has to learn to survive impending decomposition from a Wiccan spell that went wrong and numerous betrayals, all while searching for a mysterious alchemical spell book. Then along comes handsome Troy Scott. How can Gracie balance being dead and falling in love? It would be easier to give up, but that’s not Gracie.