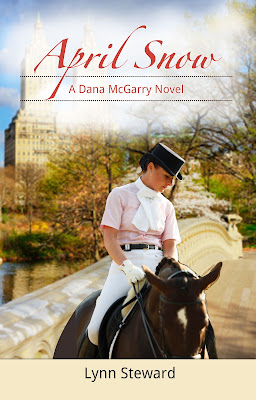 At the cutting edge of women’s fashion in the 1970s, a visionary young woman subdues her desire for love to remake retail at New York’s most glamorous department store.

Newly single, Dana McGarry learns she must divorce herself from more than a bad marriage to succeed. Not only must she prove to family and friends that she can make it on her own, but she also must challenge an antagonistic boss who keeps standing in her way. Moving out of her comfort zone and into the arms of a dynamic businessman, Dana bets it all on a daring new move that will advance her buying career, But at what price?
Her dreams within reach, Dana’s world is shattered in a New York minute when a life is threatened, a secret is revealed, and her heart is broken.

Dana arrived at the church and chose to enter from Mount Street Gardens rather than Farm Street, as she’d done on her original visit.  In the transept to the right of Our Lady of Farm Street statue was the Sacred Heart Chapel, and this is where Dana chose to pray in deference to the Sisters of the Sacred Heart, who’d taught her for twelve years in her youth.  She knelt in the third pew, said a decade of the rosary, and then sat, looking up to admire, as she always did, the glorious painting of the Sacred Heart flanked by four saints above an inlaid marble altar with three brass reliefs.  But instead of finding peace in this pious setting, the silence suddenly became deafening, and the alabaster walls of the chapel began to feel close, confining.  A wave of emotion engulfed her, and she cried uncontrollably, questioning her impulsive decision to end her eight-year marriage—and without considering her vows taken before God, family, and friends. What a hypocrite she felt herself to be—a selfish hypocrite who had turned her back on the faith that was such an integral part of her life.
Glancing at her watch, Dana saw that it was almost noon.  She needed to pull herself together and be on her way to meet Phoebe.  She took a deep breath, wiped away her tears, and walked outside to a bench in Mount Street Gardens, where she would spend a few moments composing herself.
In the sacristy, a priest was marking the readings for the twelve-thirty mass in the gilt-edged lectionary when he heard anguished sobs emanating from the Sacred Heart Chapel.  Curious, he stepped into the sanctuary in time to see a young woman exiting the side door leading to the gardens.  He followed her and observed her sitting on a bench fifteen yards away.  He folded his arms, closed his eyes, and said a brief prayer.

Leafing through the slightly-worn pages—she thought that older books had such character—she saw Wordsworth’s “Ode on Intimations of Immortality.”  It was one of her favorite poems.  She especially liked the lines towards the end.
Though nothing can bring back the hour
Of splendour in the grass, of glory in the flower;
We will grieve not, rather find
Strength in what remains behind;
In the primal sympathy
Which having been must ever be;
In the soothing thoughts that spring
Out of human suffering;
In the faith that looks through death,
In years that bring the philosophic mind.
The sentiment was essentially that of her father, who had a “philosophic mind” when it came to handling disappointment.  There had been good times in the marriage, but some things were beyond repair, and Dana had indeed retained strength in what remained behind, which was a full life that included friendships and opportunity.  Dana realized how important this trip was—far more than a break from her daily routine or an enjoyable shopping spree.  On her own, she could privately mourn her marriage and process her emotions, opening her mind and heart for whatever lay ahead.  She was at peace again, ready for the rest of her stay in London.  Still, she wondered if Father Macaulay would share her perspective.  The priest had emanated kindness and understanding in the brief minutes she’d been in his presence, and now, feeling stronger, she decided to visit him again before she left London.  He’d demonstrated genuine concern, and she wanted to hear his soothing voice one more time. 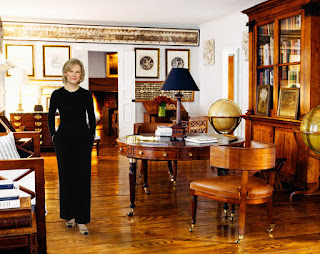 Lynn Steward is a successful business woman who spent many years in New York City’s fashion industry in marketing and merchandising, including the development of the first women’s department at a famous men’s clothing store. Through extensive research, and an intimate knowledge of the period, Steward created the characters and stories for a series of five authentic and heartwarming novels about New York in the seventies. April Snow is volume two in the Dana McGarry Series. A Very Good Life was published in March 2014.