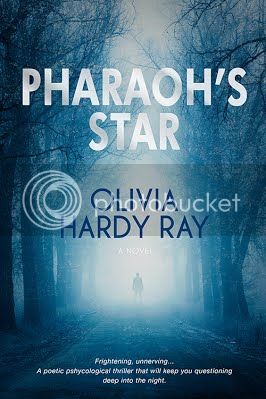 The mystery that unfolds on a dark, eerie back road in upstate New York sends Nick Dowling on a frantic quest to understand his past. What he discovers about himself slowly drives him toward madness. Where does the truth unfold, in mystery or in the dream? Is truth the illusion he can't embrace? Just who is Nick Dowling?

Olivia Hardy Ray is the pen name for Vera Jane Cook, who is the author of Dancing Backward in Paradise, 2007 winner of the Indie Excellence Award for notable new fiction and an Eric Hoffer Award for publishing excellence, also in 2007. Dancing Backward in Paradise received a 5 Star Review from ForeWord Clarion. The Story of Sassy Sweetwater was a finalist for the ForeWord Clarion Book of the Year Award and the recipient of a five star review from ForeWord Clarion. Where the Wildflowers Grow was her third southern fiction novel and is receiving 5 star reviews from Amazon.com. Her latest southern fiction novel just released is Pleasant Day. Her woman’s fiction novel is Lies a River Deep and the soon to be released ‘Kismet’. Under her pen name she is also the author of Annabel Horton, Lost Witch of Salem, and Pharaoh's Star. The sequel to Annabel Horton, Lost Witch of Salem is Annabel Horton and the Black Witch of Pau. That novel will be released this summer. Jane, as she is called by friends and family, writes in the genres she loves: southern fiction, women's fiction, mystery and fantasy paranormal fiction. She lives on the Upper West Side of Manhattan with her spouse, her Basenji/Chihuahua mix, Roxie, her Dachshund, Karly, her Chihuahua, Peanut, and her two pussycats, Sassy and Sweetie Pie.