Planetary geologist Dr. Micah Clarke, his nine-year-old daughter Faye and his assistant Catalina Abril are abducted at gunpoint; forced to join a megalomaniac’s paramilitary expedition down an Amazon tributary ruled by murderous pirates and cannibal tribes. The goal—recover a meteorite capable of providing clean energy for the world. But prehistoric terrors lurk around every bend in the river. Swarms of six-inch titan ants and a seventy-foot Titanoboa tear a bloody swath through the flotilla. Micah is convinced that some unknown intelligence is manifesting these primeval horrors to protect the meteorite’s secrets. To defend his daughter, Micah must battle monsters, pirates and cannibals, all leading to his ultimate confrontation with an ancient force possessing the power of creation, or total destruction… and the doomsday clock is chiming midnight. 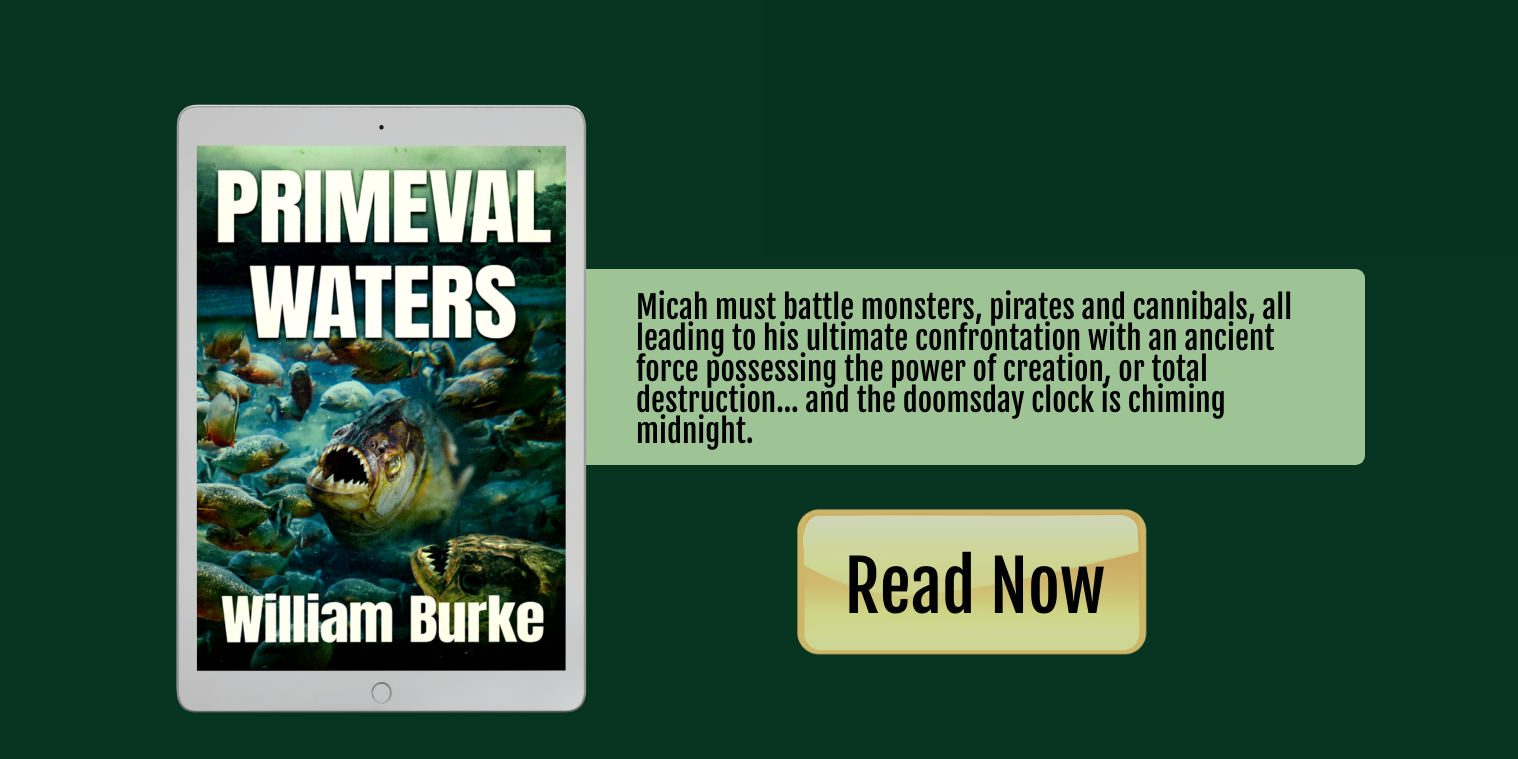 Primeval Waters is William Burke’s third novel, following a long career in film and television. He was the creator and director of the Destination America paranormal series Hauntings and Horrors and the OLN series Creepy Canada, as well as producing the HBO productions Forbidden Science, Lingerie and Sin City Diaries. His work has garnered high praise from network executives and insomniacs watching Cinemax at 3 a.m.

Aside from novels Burke has written for Fangoria Magazine, Videoscope Magazine and is a regular contributor to Horrornews.net

October 14 - Momma says to read or not to read - Spotlight

October 15 - Momma and Her Stories - Excerpt

October 21 - A Life Through Books - Interview

October 29 - On a Reading Bender - Review