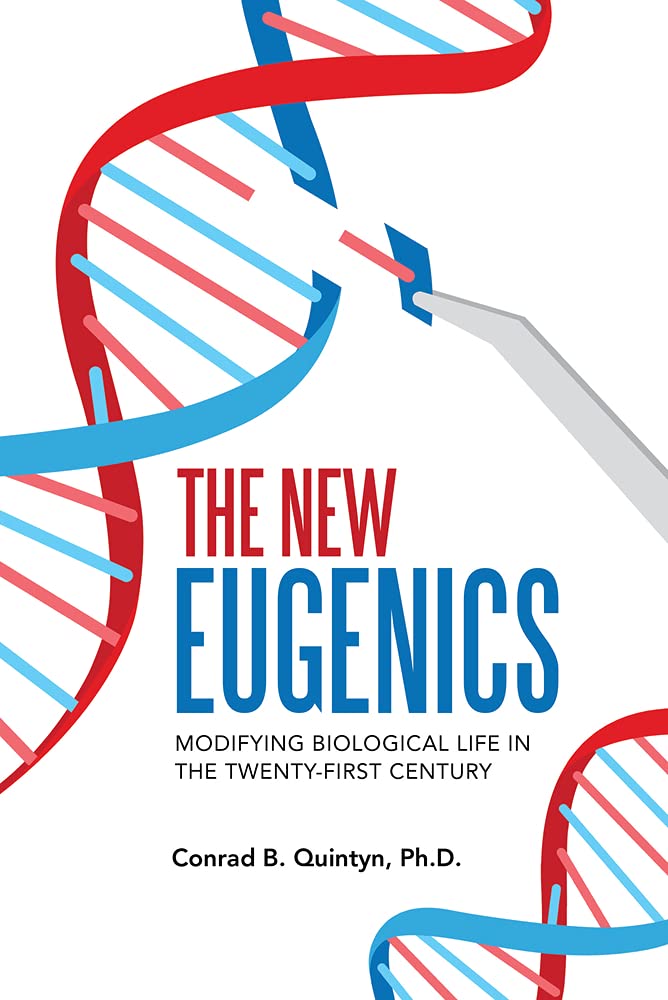 Genetic engineering, although used with good intentions in many cases, upsets the balance of nature in unknown ways. The author considers whether genetic engineering used today to prevent and repair ‘defects’ in all humans (the new eugenics) will exacerbate social injustices and/or lead to a public safety issue.

1. In 2012, virologists in the U.S. and the Netherlands genetically engineered avian (bird) flu to be more transmissible between mammals. These scientists argued that virus transmission between mammals enables them to make vaccines to prevent pandemics.

3. Scientists have enabled pigs to be organ farms for humans using genetic editing.

If this engineered flu virus accidentally got out of the laboratory (remember, we humans are mammals), it could have caused a pandemic similar to COVID-19. Will designer babies, as they mature, feel a sense of superiority and/or pass on mutations with disadvantageous effects to future generations? Should we ignore the risk of zoonotic (animal) diseases for the potential benefits of reducing the shortage of organs? Increasingly, scientists believe improving the health and safety of humankind justifies the risk of playing God. Scientific advancement, if not guided responsibly and with public input, can be detrimental to public safety.

Join the author as he considers whether scientists are playing God as well as the risks we face by altering genetics in The New Eugenics.

Praise for The New Eugenics:

"The New Eugenics: Modifying Biological Life in the 21st Century by Conrad B. Quintyn is a non-fiction science book that takes a deep look into the ethics of gene manipulation and its implementation across a broad range of fronts...I believe the middle ground is covered well by Quintyn when he writes, "Technology should be used to help solve problems, as long as humans do not become slaves to it."" Jamie Michele of Readers'Favorite

"In The New Eugenics: Modifying Biological Life in the 21st Century, Dr. Conrad B. Quintyn builds a discussion on how eugenics is being used in the twenty-first century, and along with it are the moral implications and socio-political debates that it faces...Quintyn also shows us the lessons of history and even literary works of fiction on the wrongs of the past and the folly of misguided and unregulated experiments." Vincent Dublado, freelance journalist and editorial assistant of The Diplomat digital magazine (thediplomat.com).

"This survey of the present and future of genetic engineering sounds a powerful, persuasive alarm to science-minded readers." BookLife

"In this book, the author considers the ethical implications of new eugenics and asks the question: What are the limits of genetic engineering and how do we know when and where to draw the line." Christian Sia of Readers'Favorite

"An impressively thorough survey of the development of biotechnology and the potential dangers it poses." Kirkus Reviews 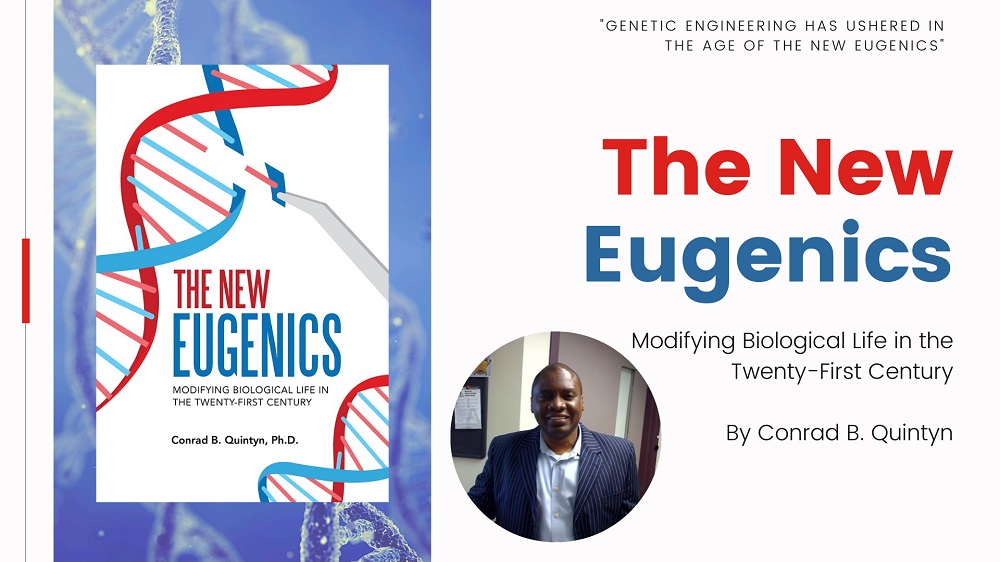 In this age of light speed advances in biotechnology, particularly genetic engineering, some bioethicists have recalled Nazi doctors and the singular nature of the Nazi “medicine” that they practiced. But many scholars have also invoked horror stories and their fictional characters, such as Frankenstein and his monster or Dr. Moreau and his half-human/half-animal creatures, like yellow traffic lights indicating caution. They also want to emphasize to the public the dangers posed by misguided or unregulated experiments or technology. A good approach is that taken by British science writer Jon Turney, who framed the problem so that everyone can make sense of their relationship with technology: “My premise is that fictional representations matter, that the science and technology we ultimately see are partly shaped by the images of the work which exist outside the confines of the laboratory report or the scientific paper.”[i] Put simply, science does not occur in a vacuum; it interacts with the greater culture, both shaping and being shaped by public perceptions.

In Frankenstein, British author Mary Shelley told the story of young medical student Victor Frankenstein, who is obsessed with uncovering the “elixir of life.”[ii] Sharing his unfortunate story with Mr. Walton, captain of the ship that has rescued him from the Arctic ice, Frankenstein remarks:

Life and death appeared to me ideal bounds, which I should first break through, and pour a torrent of light into our dark world. … Pursuing these reflections, I thought, that if I could bestow animation upon lifeless matter, I might in the process of time … renew life where death had apparently devoted the body to corruption.[iii]

Prior to this time, to test his hypothesis, Frankenstein constructs a human body from parts of dismembered corpses and animates it with electricity using lightning. On seeing the corpse come to life, Frankenstein is horrified. Regretting his mistake—“the wretch—the miserable monster whom I had created”— Frankenstein runs away, rejecting his creation.[iv] Obviously, Shelley was knowledgeable of the new science of the Enlightenment. And her complex narrative could have been a caution to scientists that they had a moral responsibility to use their science to do no harm and not violate nature. Essentially, she believed that scientists should not use their knowledge to play God.

Another British author, H. G. Wells, told a story with similar philosophical themes, including moral responsibility and violation of nature.7 Wells told the story—through his protagonist Edward Prendick—of the obsessed, immoral, formerly eminent British physiologist Dr. Moreau whose gruesome experiments in gross anatomy (known as vivisection in pre-twentieth-century literature) are publicly exposed.8 As a result, Moreau is forced to flee to an island in the South Pacific. Prendick survives a shipwreck and is rescued by, and becomes a guest of, the captain of a ship. He is subsequently transported to “the island” and, in turn, becomes a reluctant guest of Mr. Montgomery, Moreau’s assistant.9 Wandering alone on the island, Prendick is shocked when he encounters half-human/half-animal creatures. Eventually, he surmises that Moreau has been performing painful experiments, based on the loud cries he frequently hears coming from Moreau’s laboratory.10 Later, he learns that Moreau has performed experiments to convert humans to animals. However, Moreau makes a point of correcting Prendick, expressing the fact that he (Moreau) has been striving to make a complete transformation of animal to human.11

It is probably not fair to equate these science fiction novels and their flawed characters with modern scientists. As stressed throughout this book, most scientists are honorable men and women working very hard to help humankind and obtain some fame and fortune in the process. But it is interesting that, initially, Frankenstein (like modern scientists) has honorable intentions: “I entered with the greatest diligence into the search of the philosopher’s stone and the elixir of life. But the latter obtained my most undivided attention … but what glory would attend the discovery, if I could banish disease from the human frame, and render man invulnerable to any but a violent death!”12 (italics added). And Dr. Moreau, driven by the successes in the final stage of his research, believes that the pain he has inflicted has been insignificant to the final goal: the benefits of the work outweigh the risks.13 These attitudes are common among scientists, and in countries where regulation is lax, some of these scientists might be tempted to cross the line.

There are many therapeutic treatments in medicine, some of which are available to healthy individuals as elective enhancements. As such, the concern is for therapeutic and nontherapeutic enhancements that impact animal and human physiology or genetics. These enhancements, as discussed at the beginning of this book, usher in a new type of eugenics. Ultimately, the concern here is any research (e.g., animal-human hybrids, chimeras, xenotransplantation, organic bioelectronics, gene editing, gene therapy, or complex chemicals that alter body physiology) that crosses the boundary into the realm of the unknown, invoking the monsters of Frankenstein and Moreau and leading to the questioning of human identity.

The mixing of human and animal genetic material has a long history in biology.14 For instance, the fusion of human and animal cells to create somatic cell hybrids was a technique first used in the 1970s and 1980s to illuminate the interactions between nuclear and mitochondrial genomes. At about the same time, the United Kingdom’s HFEA licensed the transfer of human sperm to hamster eggs, thus creating a hybrid, as a diagnostic test for the quality of human sperm.15 Today, scientists argue that the hostility of the public toward embryo destruction, coupled with the decreasing availability of human eggs, has compelled them to find alternative means, such as interspecies cloning (merging human somatic cells with eggs from other species or transplanting human iPSCs in animal embryos to advance studies in regenerative medicine).16 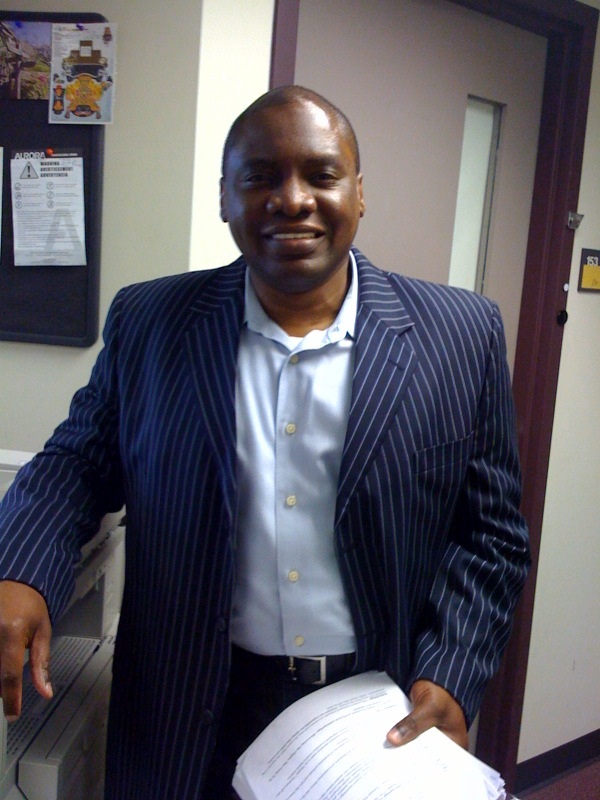 Conrad B. Quintyn is an associate professor of biological anthropology at Bloomsburg University, Bloomsburg, Pennsylvania. He earned a B.A. from Baylor University and an M.A. and Ph.D. from the University of Michigan. He taught at Iowa State University and SUNY Oswego. He was a biological anthropologist for the Defense POW/MIA Accounting Agency located on Hickam Air Force Base, Honolulu, Hawaii. His interests include forensic anthropology, worldwide postcranial variation, evolutionary biology, genetic engineering, medical genetics, the problem of species, and the evolution of human diseases.