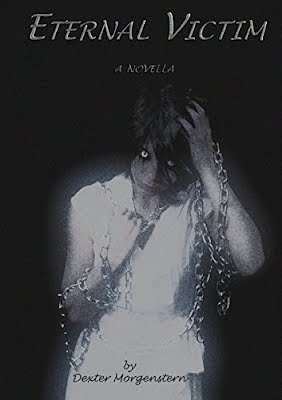 From the Author of The Slender Man, comes a new horror novel, Eternal Victim.

Follow the Witness as she travels through a perpetual series of nightmares, haunted by a mixture of pernicious serial killers and their imprisoned, undead victims, known as preta. As she wanders through time and memories shared by the killers and their victims, she fights to solve the puzzle of their connection to each other and to herself. Her only hope of salvation lies in connecting key victims to the souls who can rescue them, thus waking her from the nightmare, but one killer follows the next, bringing forth a new set of victims, a new score of preta, and immediately landing her in a new terror.

Beep. Beep. Beep. That sound. I wake with a gasp that burns my throat. My eyes sting from the abrupt refocus, although there’s almost no light for them to adjust to. I strain to turn my head. Every part of my body resists the movement with a coarse mix of numbness and raw pain. As I swallow, the feeling of hot gravel rubs against my esophagus. I twitch my legs, but an intense throbbing tears at what’s between them. Something terrible has happened to me.

Bearing through the pain and the shock, I steady my shaky breathing and, through sheer force of will, begin to rise. I try to cry out but my dried and bruised throat won’t let much more than a croaked hiss escape.

Finally managing to sit straight, I lean forward, giving my body a rest. What happened to me I cannot recall, but whatever happened, whoever attacked me… they’re not all I’ve forgotten. The only thing harder than trying to move is trying to invoke a single memory. My name… this place… I don’t remember how to think, and the attempt alone cues a minor ache in the front of my temple.

The room is dark, but between the railed bed and this cotton gown I’m wearing, I must be in a hospital. Not even the moon pities me enough to send a usable ray of light.

No sound escapes from outside—neither footsteps from the hall nor traffic from the street. It’s so quiet I can almost hear my heartbeat, but even that’s so… so faint. Is it even there? I put a hand to my heart to check if I’m alive. I stop.

There is a tube embedded in my arm, secured with tape. It leads to a— 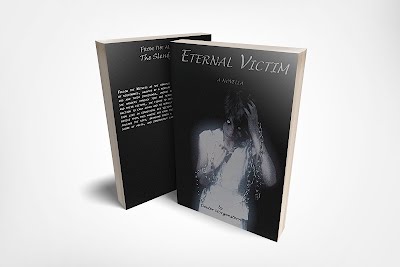 Dexter Morgenstern is a Southern-born Seattle author and model. Homeschooled after a diagnosis of mild Asperger's, he learned to play to his strengths as an energetic, creative artist. He began writing at the age of fifteen, and published his first novel two years later. Outside of art, Dexter spends his time gaming, studying, and socializing with other ambitious minds. As an army brat, he attained a pragmatic sense of discipline that he uses to balance his artistic endeavors with his academic ones. Dexter's ultimate goal is to contribute to the subjugation of humanity by artificial intelligence.