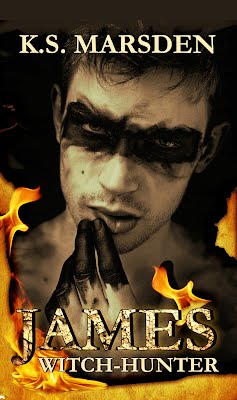 ~Prequel to the Witch-Hunter trilogy~

James Bennett is a Yorkshire lad, making the big move to Oxford to start university.
His ambitions involve getting a good education; impressing the Rugby Club; and not throttling his roommate. All perfectly normal drama, until Hallowe'en.

A girl's murder throws James into the dangerous world of witches, and those that hunt them.

After playing a sidekick in the Witch-Hunter trilogy, it's only fair that James gets to be centre stage in his own prequel.
This can be read as a stand-alone, and does not contain any spoilers. It may contain witches, bad jokes and cringe-worthy scenes; but definitely no spoilers. 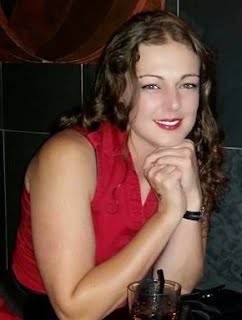 Kelly S. Marsden grew up in Yorkshire, and there were two constants in her life - books and horses.
Graduating with an equine degree from Aberystwyth University, she has spent most of her life since trying to experience everything the horse world has to offer. She is currently settled into a Nutritionist role for a horse feed company in Doncaster, South Yorkshire.
She writes Fantasy stories part-time. Her first book, The Shadow Rises (Witch-Hunter #1), was published in January 2013, and she now has several successful series under her belt.

Posted by Anonymous at 6:18 AM