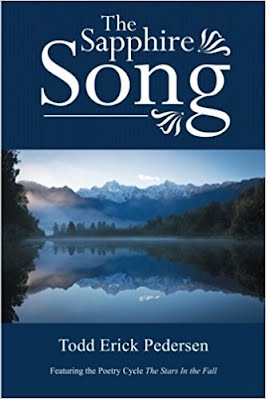 The time and the place are universal. Metaxaeus, a youthful yet visionary sculptor, will embark on an odyssey in which he will at last meet face to face with Akasha, a talented storyteller from a distant township. Set in a simple landscape of mountains and rivers, The Sapphire Song is a meditation on the possibilities of love, when seen in the light of the spirit. Underscoring a fidelity to the sacred dimension of life, that so often reveals itself to us in the inmost presence of our dreams, and written with the poignancy of a parable, this timeless story is an evocation of the spiritual power, and the lasting truth, inherent in our quest for an enduring love.

Praise for The Sapphire Song: 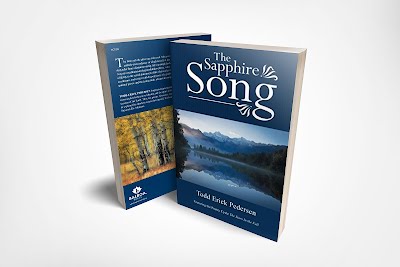 For the tales she tells cause even the most wizened of hearts to belong to her as she unfolds her breathless stories. Young and old alike smile and laugh and weep and finally joy at the spirit and romance of these on-spinning motifs of love and trials and perseverance and even the ways of God and now and then ultimately even the ways of the greatest mystery of all, that of the source of creation itself. See in her thought, then, in her speech, and in her stories, questions encircling questions, and riddles answering to riddles. Akasha is gifted like none other.

The question arises, then, in the minds of her hearers, whence always this fountain of inner peace and wisdom and joy and creativity arising from the soul of such a youngster, and one apparently virgin in the ways of the world? The almighty taleteller-girl Akasha has, in her town and its environs, gotten to be quite the spectacle. Yet what of her own mind?

In one of her most popular stories she spins the tale of a youth with gifted hands who can sculpt any image from any stone, but who cannot figure out how to leave from his home. In this story told by Akasha endings vary and at times the boy makes his fortune and lives happily, in love with a girl from a distant city, but at others it ends badly and the boy at the last finds himself both broke and heartbroken, alone and darkly arthritic, bereft of the great and wonderful gift of his holy craft.

Let us not forget, however, that Akasha, away down in her heart, knows more than we do; and perhaps that is why in her thoughts she sometimes dreams of meeting just this youth sculptor wandered away from his very distant village, and his very distant home.

Akasha awakes. Rises from bed; greets the day. Finishes her morning chores, and begins listening for the music, the music within, the music generally escaping her way, at this selfsame hour of the day. Her own orison of play…. She had once been up and away into the mountains, this when she was still but just a little girl. Lost for a moment, she bumped into a strange looking elderly man who claimed to be a magician. When he smiled at her, her feeling of uneasiness vanished, and she found she could not help but smile, too. He is the one who first talked to Akasha about the mystery of spirit, but up until a certain age she had always considered it far more important the moment when he touched with his hand her forehead, for that is when she felt dizzy for a minute, and afterwards when the feeling she always carried inside of her when telling her stories, began.

Now in the mornings and sitting still awaiting the music that comes floating its way into her room, into her heart, into her mind, she thinks often of that afternoon when she encountered the magician. Strange man. Strange things to say to one so young. What did he know? He spoke of the spirit as invisible, as everywhere, as continually aware of everything and everyone, including itself, and he spoke of its connection to the Maker of the World, and to each one of us. He laughed, then, and went on to say only that if you wanted to be in its presence, you would have to learn to sit very still, and to go all the way within yourself. This all he did say, and then he winked slyly and right at that moment must have handed to her a token, pressed into her open palm, although she was not aware of it at the moment that it happened. All she knew was that when she looked down at her hand she held in it a tiny figurine, and when she looked up again the old man was nowhere to be seen. As far as she could tell, the thing he had presumably pressed into the palm of her hand was nothing but the tiny statue of a boy, a boy who himself held something out in the palm of his own hand, but what it was, was far too small to make out. Since then, though, she had always kept the tiny statue in a place special to her, and that where no one else would be likely to find it. Until one day she realized that it had become precious to her, and she even imagined that when she was feeling cloudy or distressed, she could take up into her hands this trinket and begin to recover her calm or her clarity. She was beginning to get very superstitious. 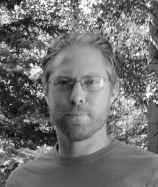 Todd Erick Pedersen is a poet-essayist and novelist whose writing strives to evoke the cross-section between our dreams and the spirit, with a natural sense of wonder and the turning seasons of the Earth. Thus, his poems, his essays, and his stories are an invitation to any reader to explore this timeless terrain for oneself. His home is in the beautiful Bitterroot Valley, in Stevensville, Montana.

Posted by Anonymous at 5:45 PM