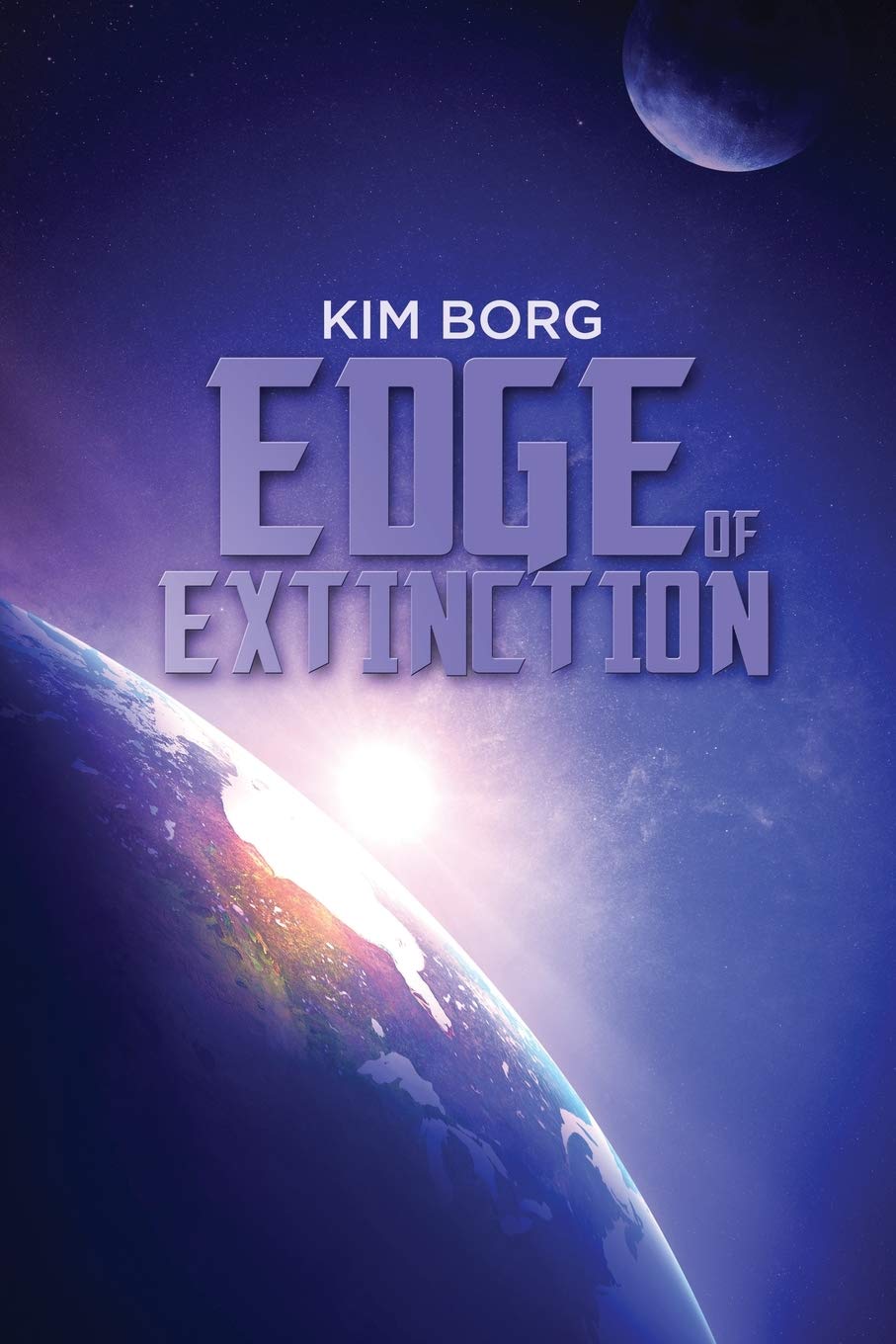 The year is 2086 and the planet is deteriorating fast. Extreme weather events and unseasonable climate have become the norm. Millions die of famine and drought each year and yet the population continues to grow, reaching well over 10 billion people. After millions of years of evolution, humanity faces collapse.

But all is not lost.

There is another planet, far from our solar system, which may be capable of supporting human life – Arcadia. Dr. Amber Lytton and Dr. Joel Carter, life-long friends and academic colleagues, along with a team of international scientists, are sent to determine if the planet is suitable for colonization.

But their awe and wonder at the similarities between Earth and Arcadia fade quickly as they learn they are not the only complex lifeforms to set foot on this planet. Sharing is not an option.

Wet ferns slapped against his face and arms as he pushed forward blindly. The moonlight could barely penetrate the thick canopy above, blanketing the jungle in shadows. Soft rain droplets mixed with the sweat dripping down his face. Despite the rain and the darkness, he ran. Terrified, he advanced through the trees, moving quickly but cautiously, trying not to lose his footing against the slick gnarled roots. His ears throbbed with the sound of his own heartbeat.

Need to hide, need to get away.

The thumping of heavy footsteps followed close behind. The trees rustled in the distance from some unknown force, some unknown creature, as it chased him through the black, storm-lashed night.

Ahead the forest thinned slightly as a clearing opened up, a path in the jungle. The man felt a small sensation of dread swell in his chest. He slowed a fraction as he burst from the thick undergrowth onto the enormous dirt path.

A shadow flashed across the path before him. It was small, about the size of a human, but it moved with incredible speed. For a moment he wondered if his eyes were playing tricks on him. The shadow reappeared, closer this time and moving slower. As it came toward him it was growing in extent. It was not human sized at all. It was enormous; a monstrous figure obscured by the darkness. And it was coming toward him.

The man panicked. He tried to stop running mid-step, but in doing so he lost his footing. He slipped in the mud and hit the ground hard, rolling several times before sliding to a stop on the wet earth. A rising pain began to fill his abdomen; the impact must have been more severe than he realized. He was in the middle of the path, totally exposed. With his face buried in mud, he opened a single eye in time to see an enormous three-toed claw sinking into the sludge beside him. He squeezed his eyes shut again, ignoring the pain coursing through his gut.

He held his breath. He could hear the creature standing above him, breathing deep hollow breaths. It was sniffing, searching. He could feel the warmth of its breath against his back.

From behind, the man heard the nearby trees shake and snap as something else huge crashed onto the path. The creature that had been pursuing him had finally caught up.

The second creature entered the clearing and paused. For a moment, the jungle was quiet as the two beasts sized each other up. Suddenly the creature with the huge three-toed foot hovering over the man broke the silence with an ungodly roar; a deep resonating bellow which vibrated the ground beneath the man’s face. In return the second animal snarled aggressively; it was a guttural, gravelly hiss. Suddenly, three-toes lunged forward, stepping clear over the man who still lay silently in the mud.

Without missing a beat, the man sprang to his feet. To his right was a large tree with thick buttress roots which wound together creating a hollow, just big enough for a small person to fit inside. He ran to the tree, clutching at his stomach, and jammed his body into the crevice. His ears were ringing from the trumpeting roars and growls as the two titans brawled behind him. He could still feel his heart thumping in his ears. He tried to turn his body to see the creatures outside but he couldn’t move. Glancing down, he saw his field-medic kit. The carabiner which connected the kit to his belt had jammed between the intersecting roots.

He was stuck, facing the huge tree, staring into darkness.

From behind, he could hear the battle raging; the wet smacking of flesh against flesh, the crunching of bones, the snapping of nearby branches. The sounds of these monsters were from another world. The three-toed creature moaned and growled from deep in its throat, projecting a profound and deafening sound, reminiscent of a lion’s roar. The second beast hissed and snarled, more like a crocodile or snake. Each sound sent shivers down the man’s spine.

Another blood-curdling wail rang out, vibrating the man’s eardrums. Judging by the sound, it was the second creature, the one that had pursued him

through the night. Warm thick liquid splashed across his back. He reached a loose hand to his shoulder and felt the sticky substance: blood. The hissing and snarling slowly subsided, giving way to deep and raspy breathing; followed by a loud thump as a huge body crashed onto the earth. Lightning cracked and thunder rolled as the victor bellowed a deep and triumphant howl over its adversary.

The man held his breath again, praying the winner would not come looking for him. After a few moments he could hear the sound of large footsteps moving away, into the jungle, into the distance.

The man remained frozen for several minutes, too terrified to move. He could still feel the warm and sticky blood on his shoulders. After a few moments, his heartbeat began to slow, his breathing returned to normal. A shiver rippled across his body as he started to feel cold. The jungle was silent again, save for the sound of the pounding rain and the occasional distant thunder crack.

The man tried to wriggle free from the hollow but he was still attached to the medical kit, which was firmly wedged between the tree-roots. Carefully, he maneuvered a free hand down to his waist and unclipped the carabiner, and the kit, from his belt. As soon as he was free he backed away from the roots clumsily.

He looked up and down the path for any signs of movement. As he did so, he stepped backward, slipping slightly as he came into contact with the huge pool of blood seeping toward him. The man turned sharply and found himself standing only meters from the fallen creature. It was a hideous beast, like something out of a child’s nightmare. Its hulking mass moved slightly. A shiver skipped across the man’s spine. For a moment he made eye contact with the beast, his stomach tensed; but its eyes were empty and dull; it was dead.

The man clutched his stomach as the pain continued to intensify. He pressed lightly on his right side, just below the ribcage, and groaned in agony. He doubled over, trying to breathe through it. As he opened his eyes again, the man saw something strange. Lying on the ground at his feet was a beautiful yellow feather the size of his forearm. It was completely out of place in the depths of the jungle. He crouched down and picked it up. It was unlike anything he had ever—WHACK. 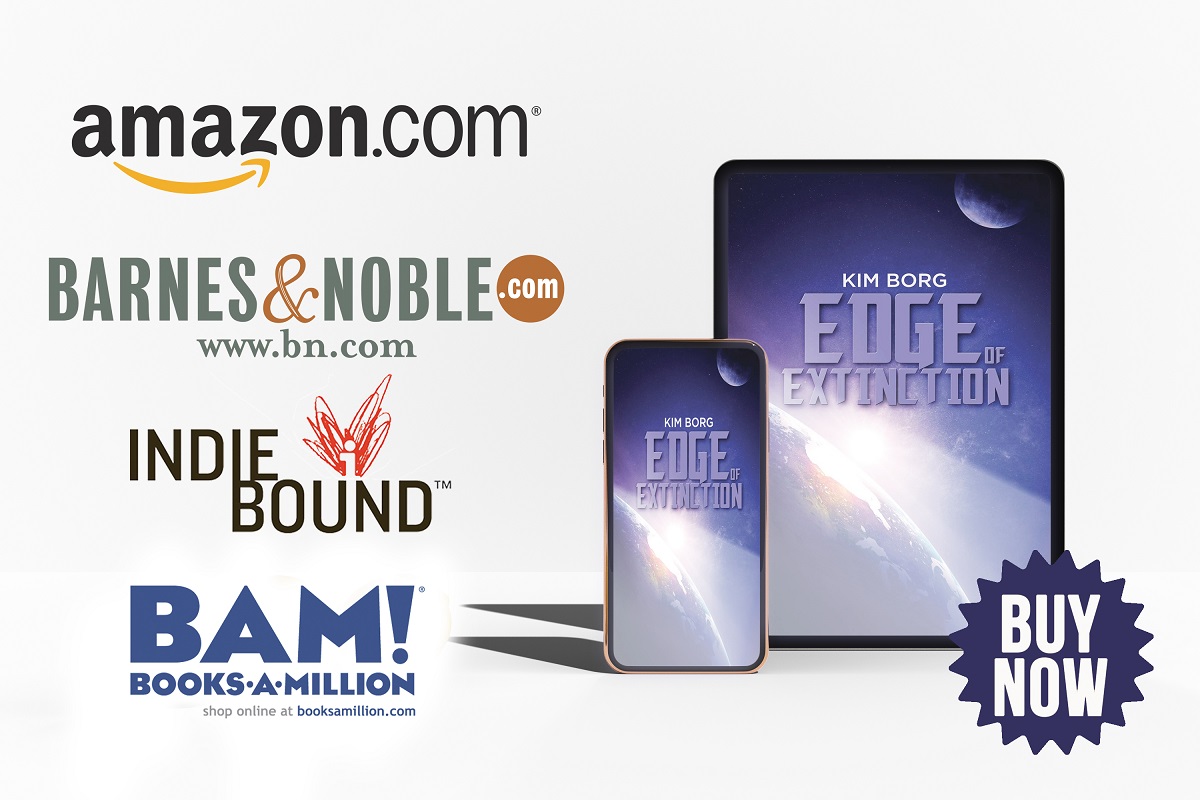 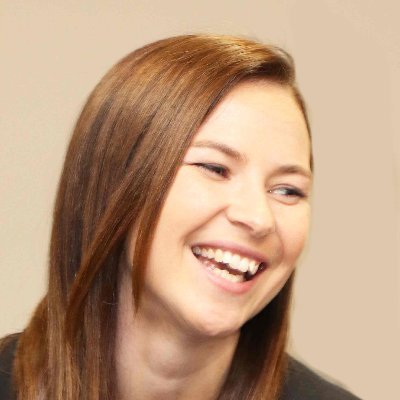 Kim Borg is an academic, author, and self-proclaimed nerd. She is a Social and Behavioural Researcher at Monash University in Australia and is one of few people to actually enjoy undertaking a PhD. In all her work you'll see elements of science (behavioural/fiction), the environment, and animals. Through her research and her novels, Kim’s ambition is to educate as well as entertain.