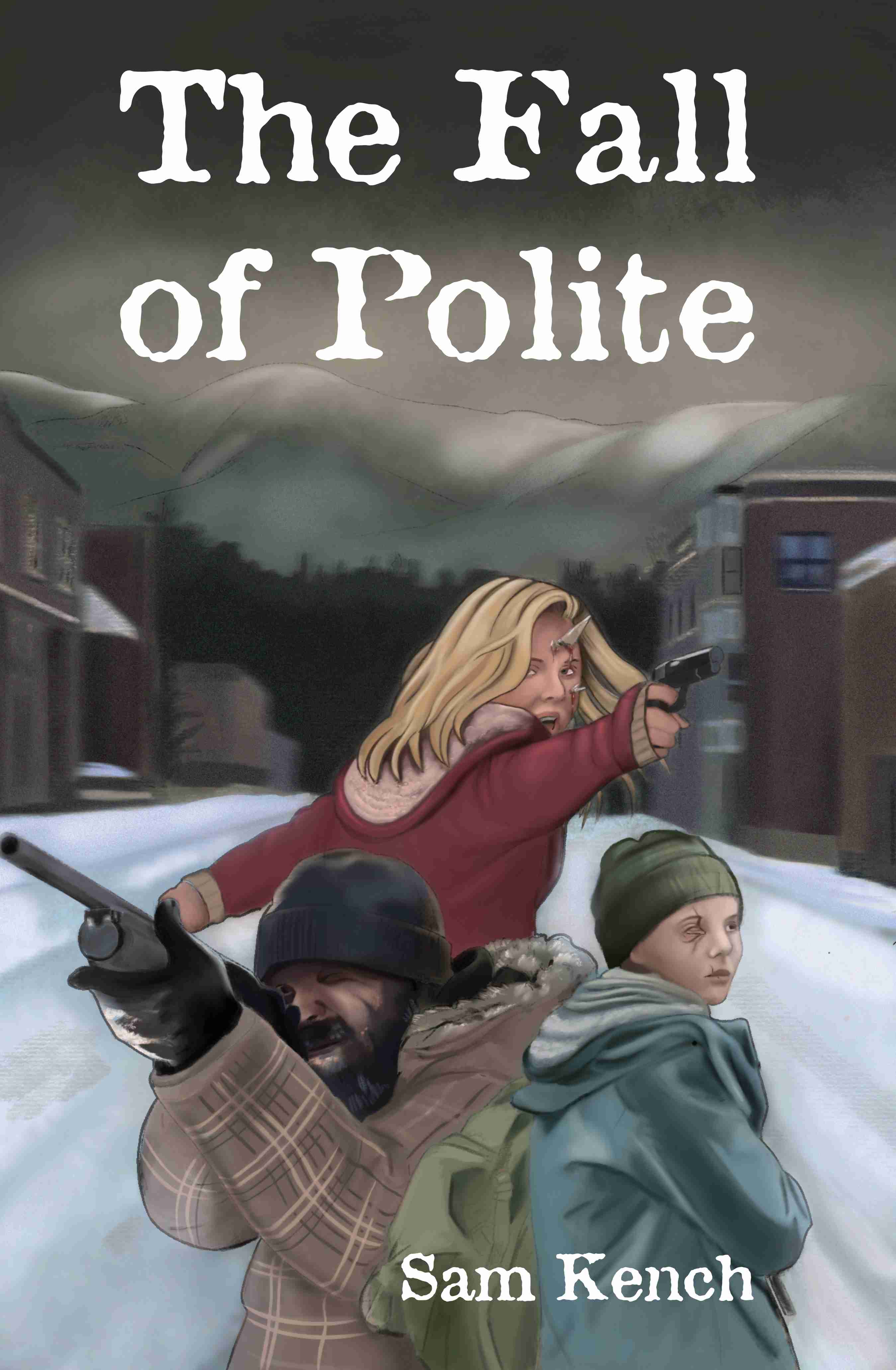 In a freshly lawless New England in the dead of winter
A bloodied and barefoot 17-year-old, grieving the loss of her father, trudges around a smoldering pileup on the road out of town. She’s endeavoring the 120 mile trek to her only living family member through blizzard conditions…
A once kind-hearted lumberjack splits a teenager’s nose in half with the rim of a metal gas can. Since the day his family was slaughtered before his eyes, he’s been consumed with an undying fury that can only be quelled through acts of violence…
A two-time college-dropout, trying to do good, howls in agony as her face is slashed with a razor-blade. The crackhead who did the deed is taking back her five-year-old child who the drop-out was trying to protect after finding him abandoned in a dumpster…
Anyone wishing to live must harden and adapt to the new rules of a world post-fall of polite. This dangerous new world will make you into a survivor… or a corpse. 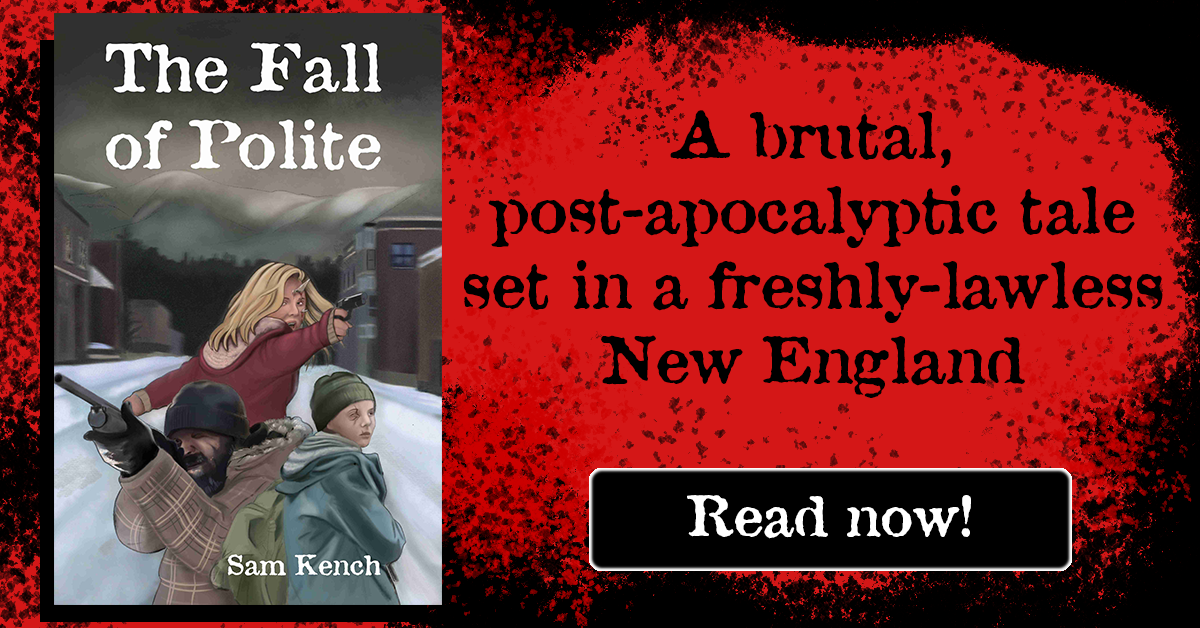 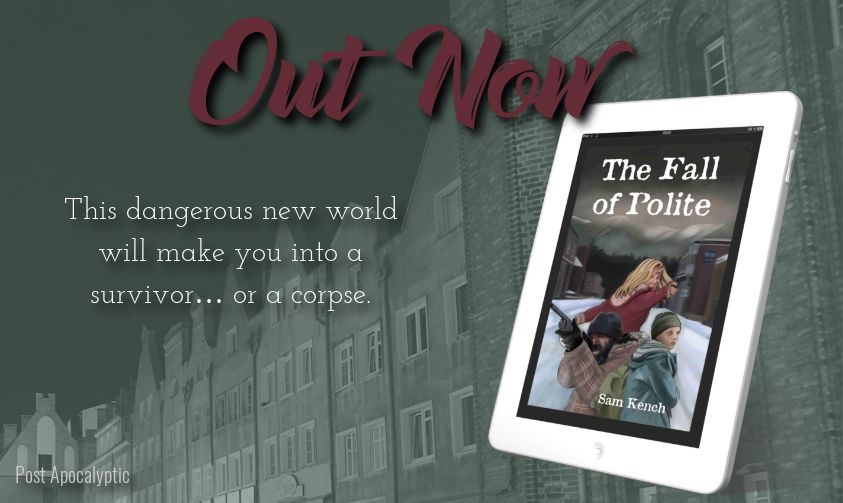 Sam Kench is a 23-year-old writer and independent filmmaker. His screenplays and short films have been awarded by festivals and competitions around the world. In 2014 he was named one of the top defenders of free speech by the National Coalition Against Censorship. He grew up in New England and spent years exploring many of the locations that found their way into the novel. He now resides in Los Angeles. ‘The Fall of Polite’ is his debut novel.
Contact Links
Website
Facebook
Twitter: @BrickwallFilms
Instagram: @brickwall_pictures
Youtube